Chainsaws and local government are the cure for sick, overgrown national forests 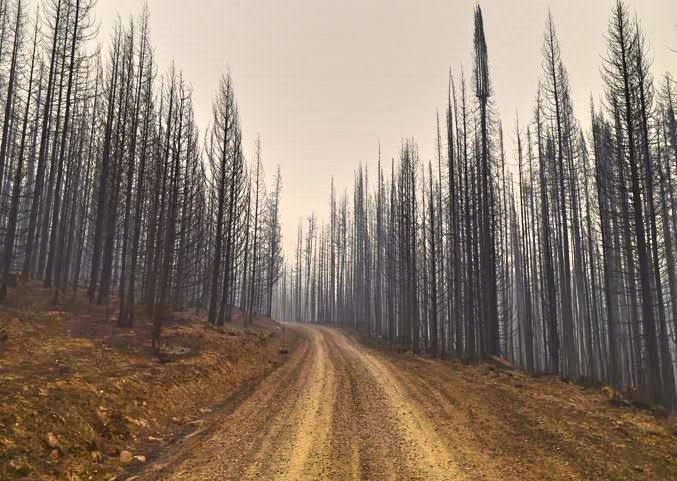 "But as times have changed, so have economic incentives.Western markets value an acre-foot at $450 to $650, which means that the water taken up by excess trees throughout the Western forests may annually be worth more than $8.5 billion."

Back in 1981, President Ronald Reagan caused an uproar when he warned that trees “cause more pollution than automobiles do.” Go ahead, snicker. I sure did. But recently I discovered that he was actually right (albeit for all the wrong reasons).

Today, our western forests -- from the Rockies to the mountains of the Sierra Nevada – are loaded with several billion excess trees. This is the unintended consequence of a longstanding federal policy, symbolized by Smokey Bear, to stamp out forest fires.

That policy has radically altered our forest landscapes, where fires set by lightning or Native Americans had always limited forest stocks to roughly a few dozen trees per acre. All that changed in 1910, when a series of huge wildfires led the federal government to declare war on wildfires through a program that now costs more than $2 billion a year.

The result: roughly 112 to 172 more trees per acre in mountain forests of the West. This process of   unnatural afforestation (the establishment of trees or tree stands where none previously were), may sound green and benevolent, but the reality is quite different.

The new trees’ canopies collectively intercept 20-30% of snow and rain that can never seep into the ground, and each additional tree’s roots suck 70 liters of moisture up out of the ground before runoff can feed thirsty creeks.

That adds up. Helen Poulos, a fire ecologist at Wesleyan University and I have estimated, conservatively, that excess trees in the 7.5 million acres of Sierra Nevada conifer forest are responsible for the loss of 58 billion liters per day, or  17 million acre feet of water per year. That’s more than enough water to meet the needs of every Californian for a year.

And when the inevitable forest fires rage through over-forested lands, they burn hotter and faster, and are deadlier and costlier than other fires, thanks to all that extra fuel. They also spew huge amounts of carbon and asthma-inducing particulate matter into the air – a big fire is like setting a coal-fired power plant in the middle of a forest.

How do we reverse a century's accumulation of thirsty, deadly, ecologically polluting fuel?

Doing nothing is too costly, and waiting for a 16-million-acre tinderbox to ignite is too wasteful and dangerous.

Happily, there’s a third way, one that could aid both our anemic economy and equally anemic rivers. We need tosurgically remove the bulk of the excess, small-diameter ‘trash trees’ through careful thinning. Enter the chain saw.

For my liberal friends, the snarl and whine of a chainsaw in the forest generates suspicion. And my conservative friends object to a multi-billion dollar public works projects in the woods.

But as times have changed, so have economic incentives.Western markets value an acre-foot at $450 to $650, which means that the water taken up by excess trees throughout the Western forests may annually be worth more than $8.5 billion. To recover that water, private and local public entities could invest $1,000 per acre in people to cut down small, fire-prone trees, yielding $1,500 worth of vital water per acre.

This contractual approach to the forest – anchored by Western cities like Spokane, Denver, Salt Lake City, San Diego, Bend, Reno, Albuquerque, Sacramento or Bozeman –would pay for itself while reducing fuel loads, slashing carbon emissions, increasing water runoff to streams and rivers, raising revenues, and boosting meaningful job growth in rural areas. What’s not to like?

There is no need for Federal or State funds or new laws; in fact state and federal regulators should cut the red tape that might hold up local agreements between cities and rural areas that could restore forest health and replenish shrunken rivers.

It’s true that this approach will require that environmentalists jettison the outmoded notion that if 12 trees are good, 100 trees must be better. It’s that kind of thinking that now threatens to strangle the very forests and streams environmentalism seeks to protect. It’s time to move on.