The USDA Forest Service has a very convenient webpage that will show you, at any given time, the current wildfires being fought throughout the United States. The map almost always has a familiar ring to it for those of us who understand the public lands and that the overwhelming majority of these lands are held in the West.

Yesterday, the current Forest Service Map looked like this: 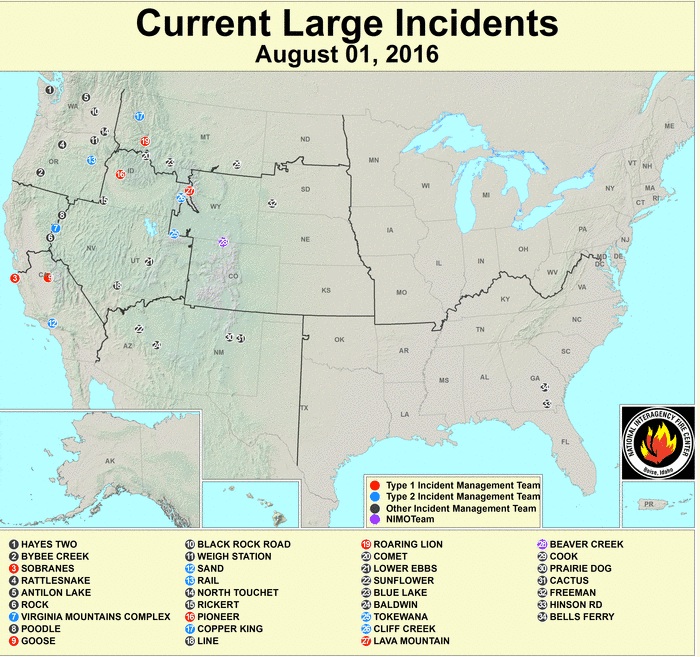 Notice that all of the major fire incidents currently going on in the United States are in the Western portion of the nation, and all but two of the "Other Incidents" also occur only in the west.

Now, look at what we refer to as The Federal Fault Line map: 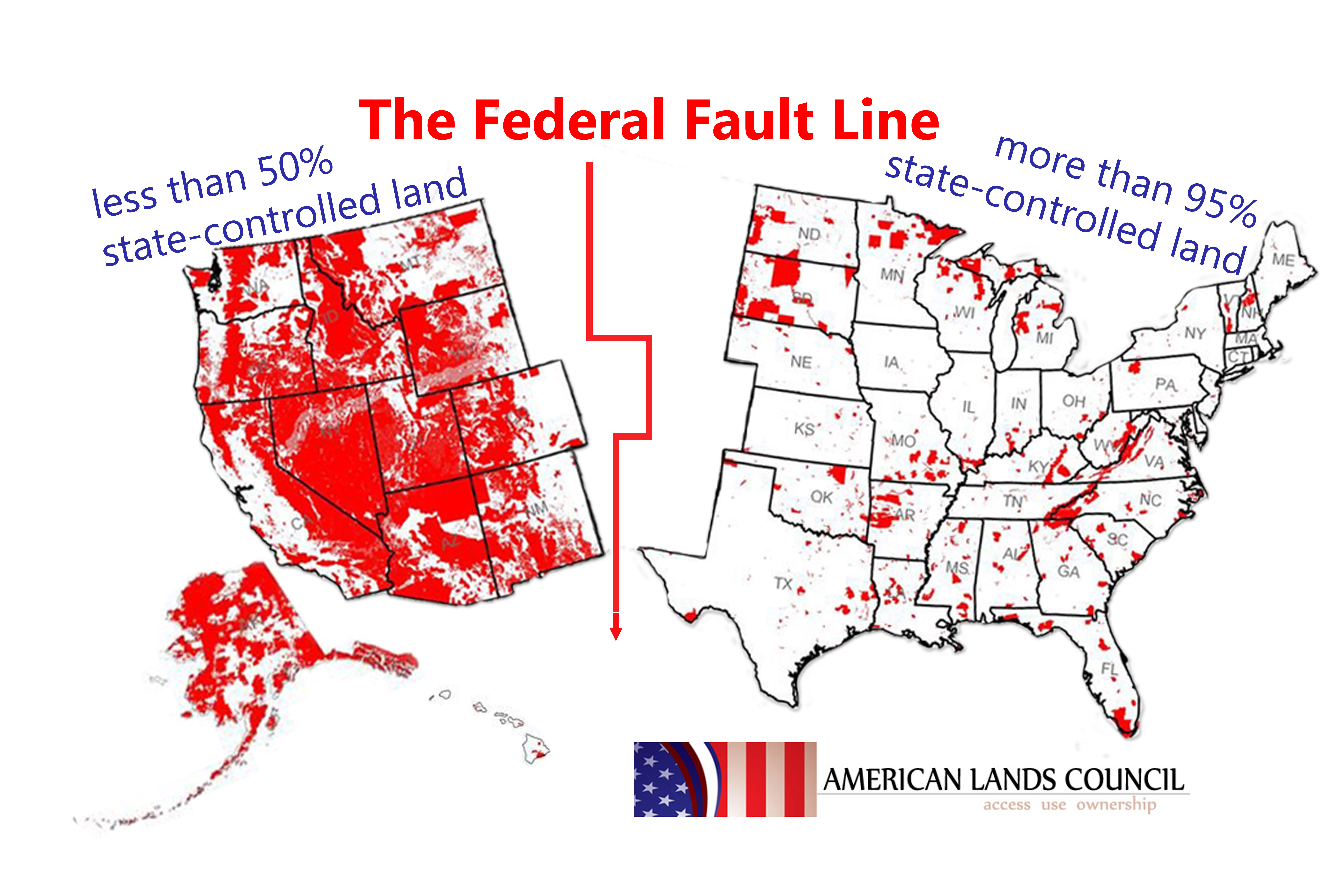 Does it look familiar? Is it a coincidence that the overwhelming majority of catastrophic wildfires happen on public land that is being managed by the federal government? Why is this? Are people in the west just too uneducated to control their own forests? Hardly. Is it because we just don't have large forested areas in the east? Absolutely not. Much of the east is covered in rich forests.

The difference is that the federal government has not kept its promise to western states by disposing of the public lands to its citizens, as it did for all states east of Colorado. Lands in the east are managed largely by the states, and study after study shows that states consistently manage their lands more effectively than their federal counterparts.

The devastation of lands in the west will not stop until the federal government turns ownership of these lands to the states wherein they lie, where those who know and love the land best are best able to care for it best. We call on states, counties and citizens everywhere to stand up and compel Congress to honor the promise made to all states, allowing them to be on equal footing, and able to manage the public lands within their states for better health, access and productivity for all.