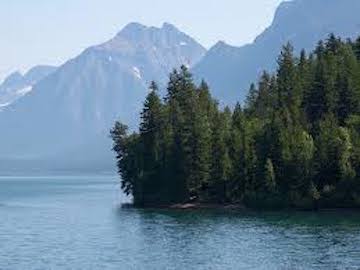 While not denying Mary Sexton’s experience nor good intentions as expressed in her Nov. 17 guest column, I must question statements she makes regarding the transfer of federally managed lands to state control in Montana.

She vehemently opposes the transfer and argues that only out-of-state interests would desire such a change. I must disagree. I know many conservative Montanans who believe the transfer would be financially beneficial to our state. Sen. Jennifer Fielder is such a one and we should support her efforts.

Montanans would not he “saddled” with $340 million to manage these lands, as Sexton asserts. That statement assumes a continuation of the same level of costly bureaucracy and litigious contention which goes on now precisely because these lands are under federal control. Also assumed is that no new revenue would be generated from Montanans more fully owning and managing their own resources - this makes no logical sense.

Sexton mentions the problem of battling wildfires and that cost. Again, the $100 million spent in some years to battle wildfires has much to do with a federal bureaucracy which increases cost. Under state handling of fire management, there would be more open reasonable and timely methods for dealing with the wildfire danger. We would see more effective clearing of dead timber and brush, roads established with fire-fighting strategy in mind, timber harvest and replanting freed of the federal albatross we now bear.

Ranchers, who lease federal and/or state lands, would find a lowered tax burden because of increased state income. Their overall tax burden would be more bearable and provide better compensation.

Support those who want to make the transfer of federally managed lands to the state happen sooner rather than later. Let leaders like Fielder know you are not taken in by fear-mongering naysayers.

This piece was originally published in the Missoulian.