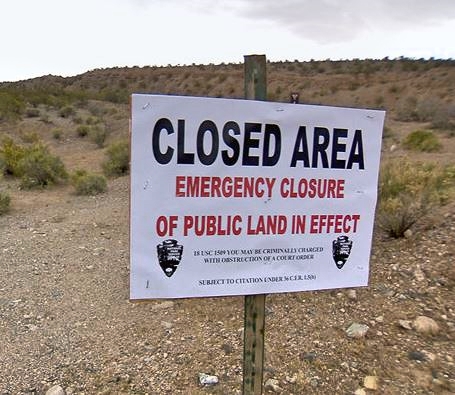 As originally published by The Hill

How 'public lands' hurt the West

But despite their beauty, they also represent one of the thorniest issues that face citizens of the West. These mountains that I love so much are a part of the fight over fundamental fairness, equality and, especially, federalism that has come to dominate discussions in the rural West.

If I were to draw a vertical line along the Colorado-Wyoming-New Mexico borders, you would see a stark contrast in the pattern of land ownership and in how communities interact with the federal government. West of that line, the majority of lands are controlled by federal agencies, often far removed from the people who are closest to the land. East of that line, the majority of land is privately held and managed by the folks who live there. For example, 85 percent of Nevada and 65 percent of Utah are owned by the federal government and controlled by Washington, D.C.-based federal agencies. In comparison, the 38 states east of that line have an average of less than 2 percent.

The reality of this disparity puts communities and states like Utah, as well as Nevada, Idaho, Oregon and Alaska in a fundamentally different situation than Eastern states like New York, Connecticut or Maryland that face little federal land management. This disparate approach to federalism — where some states have heavy federal intervention, and others relatively little — evokes the issue of fundamental fairness that the shared power of a federal system was meant to address.

These federally owned lands are often referred to as "public land," although that term is misleading. Public lands in the West are a patchwork of lands controlled by different federal agencies — the Bureau of Land Management, the U.S. Forest Service and others — who often work at cross-purposes and have different approaches to land management and where public access and use is not necessarily a priority.

This reality makes providing basic services like education, public safety and infrastructure far more difficult in Western counties with high levels of federal land ownership. Unlike their Eastern counterparts, these communities face a version of federalism where generating sufficient economic activity to employ, educate and protect their own citizens is limited by the decisions of federal land bureaucrats. In fact, use of the majority of lands in these communities is allowed only once explicitly approved by federal agencies based in Washington.

This reality has made the young people of these communities their greatest export. Where families once were connected to the lands that they and their ancestors developed, planted, improved and helped settle to build the West, they are now disconnected from that heritage by regulatory growth and the resulting economic impacts. Facing limited opportunities, they move where better economic opportunities exist. So while I get to see the mountains I love every morning, many who have similar feelings about the landscapes that are part of their history have found that they must leave them behind in search of better economic opportunities.

The system of federalism that allowed self-determination, growth and, ultimately, success in the Eastern United States should be allowed to work in the West. Communities west of some imaginary line shouldn't be treated differently than those east of it simply because federal lands are present.