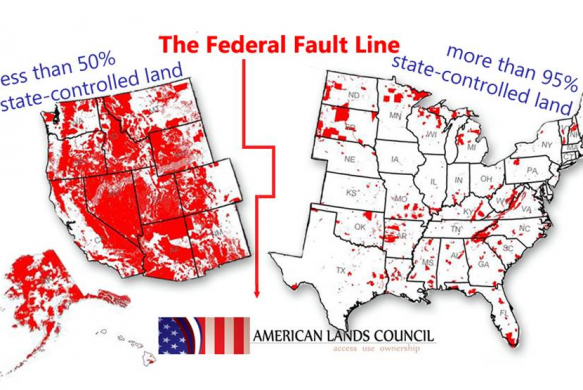 The costs of transferring 30 million acres of public lands to Utah pencil out for the state, according to a team of economists.

But state officials are not quite ready to release the 800-page study that backs up those findings.

State lawmakers pushing the idea — and the public — will have to wait a little while longer to see the proof, officials told an interim legislative panel Wednesday.

The economists said Utah could manage federal public lands to harvest oil and gas and timber while providing outdoor recreation and preserving "unique landscapes and ecosystems."

"We want Utah to be prosperous. This requires an enduring and diversified economy," the economists wrote in their conclusion. "To get there we need to pursue development and the recreation economy and ensure our efforts to promote one economic sector do not unduly restrain another."

The 13-chapter study is intended to guide decisionmaking surrounding the state’s quest, codified in a controversial 2012 state law, to gain control of most of the land administered by the Bureau of Land Management and the U.S. Forest Service.

That two-year-old state law, HB 148, orders the federal government to hand over title by the end of next month, but no one expects that to happen without a legal fight, and even then some academic observers say Utah has no legal basis for making such a demand.

An opponent of land transfer, Salt Lake City Democratic Sen. Jim Dabakis said the debate has dragged on long enough and wants to get legal guidance from federal appellate courts as soon as possible by filing a lawsuit demanding the transfer.

"I will be introducing a bill that will get us to the end of this road," he told fellow members of the Natural Resources Interim Committee this week. "We are going to be here in another 30 years if we don’t get a decision from those nine people in Washington [the U.S. Supreme Court], and until that day, everybody is going to be arguing. As we negotiate with the federal government, they think they are in charge and we think we are in charge."

Utah’s land transfer bill, championed by West Jordan Republican Rep. Ken Ivory and embraced as a policy objective of the state, has sparked a regional movement among western state conservatives to "take back" public lands, which many rural leaders say are mismanaged under federal control.

But environmentalist consider the land transfer movement a gambit to drill, graze, mine and log without observing federal laws designed to protect wilderness, endangered species, water and other natural resources owned and enjoyed by all Americans. Many fear the state’s hidden objective is to sell off the land.

Republican lawmakers refuted that idea Wednesday, pointing out that the feds would get 95 percent of the proceeds of lands sales.

"Over my dead body do we transfer these public lands to the private sector. We will remain a public lands state," said Rep. Keven Stratton, R- Orem, a co-chairman of the state’s new Commission for the Stewardship of Public Lands. The full economic study will get its first airing at the commission’s Dec. 3 meeting.

Political conservatives see transfer as a sure way to boost rural economies by re-opening lands to livestock, extractive industries and other uses they say have been shut down by out-of-touch bureaucrats and federal regulations.

But opponents predict a fiscal train wreck should Utah prevail, arguing the state lacks the expertise, money and will to manage public lands for their natural values.

Under a 2013 legislative appropriation of $450,000, Clarke’s office contracted with University of Utah, Utah State University and Weber State University to come up with numbers that get beyond the contentious rhetoric. The lead scholars are USU’s Paul Jakus, Weber’s Therese Grijalva and the U.’s Jan Stambro. Their analysis was set to be released Wednesday, but Clarke now plans to give it to the legislature Nov. 30 along with an 80-page synopsis written by Tony Rampton, who leads the Utah attorney general’s public lands section.

This article was originally published in the Salt Lake Tribune.