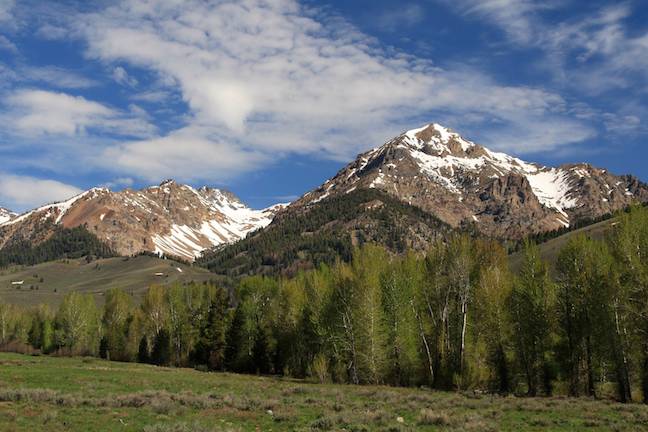 Currently, our endowment sections of ground are not producing adequate funding for local education. Hence, yearly levies. A proposed answer is to “take back federal land” that is located within the state, and “manage it via the state” removing NEPA that has national, handcuffing regulations which currently bind BLM and Forest Service. Truth is the correct wording is not “take back”. Years ago, in consequence of the Northwest Ordinance of 1787, in response to dealing with the acquired territory northwest of the Ohio River (the area that became the states of Ohio, Indiana, Illinois, Michigan and Wisconsin), the 1st congress set out the rules for land owners among the current inhabitants and established the rules for said inhabitants to be- come states and join the United States. Upon purchasing new territories like the Louisiana Purchase and oth- ers, an agency, due to the size of the newly purchased land, was appointed and formed in 1812. The agency was called General Land Office or GLO, the predecessor to the current day Bureau of Land Management or BLM. By assignment GLO surveyed and disposed of the ground as payment to war veterans and to new citi- zens who in turn paid for the ground to pay off the debt of the newly purchased territories. New states, even the 13 original colonies, which had claim to nearby western land, gave up “unpatented” land so the GLO could disperse the land to those who wanted land ownership and wanted to become a state and join the new union. Most of our current roads, fence lines, and farm field boundaries are still located on section lines established from the GLO’s work in the 1800’s and thereafter. Nearly all the private ground in our county is the result of land disposed of by GLO. At statehood, Idaho, like other states and like the 13 original states, relinquished “unpatented” ground for continued disposal by GLO. This authority was based on the precedent set for in the Northwest Ordinance of 1787 which stated “that new States shall never interfere with the primary disposal of soil by the United States in congress assembled”.

However, the Northwest Ordinance of 1787 gave specific direction protecting and encouraging land owner- ship so citizens and new states would have “equal footing” as people in the original 13 colonies. Land owner- ship was the driving energy for early Americans as a deed would give security, in part, so immigrants could keep the fruit of their labor and or worship as they saw fit. This was in contrast to the old country where the king, by conquest, held all land ownership which he then shared to his friends: squires, dukes, earls etc.
Other people on the land, in the old country, lived as tenants and thus did not have the control, as it were, to the fruit of their labor or ability to worship as they saw fit. It is well to note that Thomas Jefferson, in the Dec- laration of Independence, penned the inalienable rights of “life, liberty, and property”. At the last minute “property” was changed to “pursuit of happiness”. It was this individual land ownership that created the foundation of the great experiment of America. Land ownership or accountability changed disaster to survival for William Bradford and the Pilgrims. The idea of such land ownership was preposterous to Kings, Squires, Dukes, Earls, and self-styling Dictators or Despots who would say an emphatic “NO”, as it removed from their power the ability to dictate beliefs, and to easily pilfer from the fruit of the labor of tenants.

Land ownership/disposal continued from 1787 through the 1800’s, and was upheld in court (cit) (for the 35 states east of Colorado) until a bump in the road, the Rockies, was met. The Rockies and its subsequent 13 adjacent states proved rougher and tougher to settle as “garden” plots weren’t as numerous in the high, cold, rocky areas of the west. Consequently not as many people bought or settled the ground. Hence, the Home- stead Act and other Acts were decreed to encourage new citizens to buy/prove up on ground in the Rockies.

Nevertheless the Rockies toughness and mother nature held the upper hand and land dispersement of the Rocky Mountain slowed and by congressional assignment resource management began to replace land dis- persement. This change to resource management from the original surveying and dispersal role, began to hap- pen in earnest after 1891 with the Forest Service Act, 1916 Stock raising Homestead Act, and 1934 with the Tayler Grazing Act. Consequently, Bureau of Land Management (BLM) was formed to replace the GLO but this time to wear 2 hats: 1) temporary resource management of the Rockies, and 2) land disposal. As time passed surveying and dispersal faded and resource management increased due to further congressional acts of congress. In most people’s minds land disposal by BLM became forgotten although in 1959 and 1964 termi- nology was used in Congress that still recognized BLM as the land dispersal agent for the federal government (cit), and is why the BLM manages the greatest portion of the public domain.

Today, 2014, the perception still exists that the BLM has always been and only been a resource manager. To” bad mouth” and say “take back” federal land or public domain from agencies like BLM or Forest Service is unproductive. Rattling the cage of congressional leaders would be more productive. For they are simply car- rying out the bidding of their King (President) and the House of Lords (congress) over the past several dec- ades. The King and Lords of congress, over time, have reversed the land disposal and in reality have ap- pointed their Squires, Earls, and Dukes over the Public Domain which is no different than the old country. The land disposal assignment by George Washington and the original congress has been forgotten. Part of the answer to the land issue is an investigation by congress to “dust off and don on” the initial hat that GLO/BLM once wore exclusively as assigned by “founding fathers” . It seems the “great experiment” of yesteryear is again challenged. The age-old rhetorical, but reflective question is again asked “Do people have the capacity of self government with land ownership?” The majority of the 15 states west of Colorado are primarily public domain whereas the 35 states east of Colorado average 5% or less as public domain. No wonder, in specific instances, the states and their people west of Colorado are arguably not on equal footing as with the other states in the union for educational funding from the endowment sections of land, as other states in the union, like North Dakota, are not hamstrung by such red tape. Thus a review of the policy is in order and a call for more statesman is in order.

This article was originally published at gemstatepatriot.com.