Utah Can Indeed Afford to Manage the Federal Lands Within Its Borders. 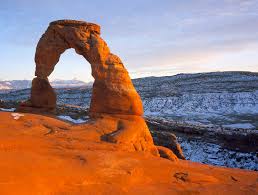 The economic report that everyone has been waiting for has come out. This study shows that, not only can Utah support its public lands, financially and that these lands will bring revenue in--all without having to sell any of it.

"The Study contains extensive useful information, and should be read as an integrated whole in order to appreciate the complex and inter-connected nature of the economic and cultural attributes of the public lands. Most significantly, it demonstrates that a transfer of the public lands can be an economically sound pathway to a more balanced public lands policy. The Study demonstrates that this can be accomplished without sacrificing the beauty of our State, the quality of our life, or the attraction of Utah to tourists and recreationists from around the country and the world."

This information was just posted on the website of our Commission on the Stewardship of Public Lands as a public document in advance of a committee meeting on December 3rd to review this report and the next steps in the process toward the transfer of federal lands to the State.

This study confirms a number of prior studies that States can indeed afford to manage the public lands in their states (Click here for the recent Nevada Study and here for a link to Who’s Minding the Federal Estate?).

Since the passage of of the Transfer of Public Lands Act in 2012, HB148, those contending for continued or even increased, one-size-fits-all  federal control from a distance over lands within the States have repeatedly claimed that states can’t afford to managed their own lands.  In reality, for economic, environmental, and productivity benefits for western states and the nation as a whole, States can’t afford not to take control of their own lands for more responsive and responsible management.