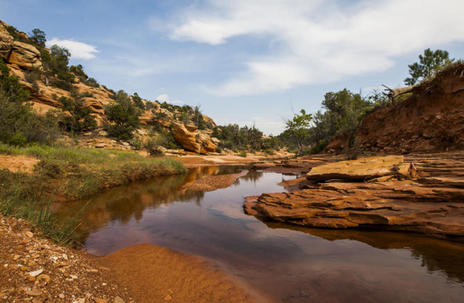 According to Craig Buttars, Cache County Executive and co-author of this piece, “Cache County has been a partner with the Logan Ranger District on many road improvement projects in the Wasatch/Cache National Forest. Access to these lands is important to our local citizens and those who travel here from all over the world to recreate. It is imperative that we maintain this access in order to provide recreational opportunities for those who love to spend time in our National Forests.

Unfortunately, this crucial forest access, as with many other areas throughout the state, is dependent on distant Washington bureaucrats. When dealing with issues and areas surrounding federally controlled public lands, the state and local leaders we elect to represent us are often stymied by the need to receive permission from officials in Washington D.C. before they act. This upsets the balance of power meant to protect the citizenry from arbitrary power and threatens the “harmonious operation of the scheme upon which the Republic was organized” as afforded under the U.S. Constitution.

When we talk about the state managing Utah’s public lands, we aren’t talking about national parks and monuments; they would remain unchanged. But outside of those areas, large swaths within the 31 million acres of Utah’s federal lands remain unused and virtually inaccessible to our residents.

The Commission for the Stewardship of Public Lands recently sought an understanding of the state’s ability to manage these lands in a fiscally sustainable way and to determine the veracity of the underlying legal and constitutional basis for such a lands transfer. A state-commissioned economic feasibility study clearly shows that Utah is poised to properly administer its own lands in a fiscally sustainable way and would likely produce a superior fiscal outcome to those experienced under current federal management.

This is further buttressed by the legal analysis requested by the Commission which concluded that sound constitutional and legal arguments also exist for Utah to challenge the federal government’s permanent ownership of our public lands based on the principles embodied in our Constitution and clearly laid out by our Founding Fathers. Those very principles have subsequently been upheld and reiterated by the U.S. Supreme Court as recently as 2013 in Shelby County, Alabama v. Holder and as far back as Pollard v. Hagan in 1845.

It is clear that Utah can and should manage these lands. We have repeatedly been named the Best Managed State in the country by national publications like Forbes and the Pew Research Center. What we do, we do better than almost anybody and when it comes to our lands, we care about balancing wilderness preservation, creating greater access, enhancing economic opportunity and planning for the future.

Utah is familiar with the hard work and sacrifice necessary to achieve excellence. We must ask ourselves if we’re willing to pursue our sovereignty, or if we’re satisfied to turn our future over to distant bureaucrats who may not share our vision or our values.