Working Together to Prevent Catastrophic Wildfires

Springtime is here. Most enjoy the beautiful flowers, hope for frequent showers and love watching the earth turn green again after the long winter months. However, for those living in the West, there is also a trepidation of the coming summer months, when the waters dissipate, the heat of summer months intensifies, and the mounds of excess dead timber, blanketing the forest floors, lie in consternation, knowing that a lightening strike or stray spark will sent untold acres into a blazing catastrophic fire, destroying wildlife, watershed and personal property for decades to come.

This year, ranchers and government leaders in Washington State are working together to help prevent these devastating fires, creating contingency plans and greater oversight. We commend those who put their individual knowledge and experience together to protect their community and overcome the challenges that have been thrust upon them by failed federal policies. It is this type of cooperation that is needed, and will continue to be necessary when the states succeed in compelling Congress to transfer the public lands to all willing western states, as was promised in their enabling acts.

"I was informed by the Forest Service up in Republic that I had some burned cattle up there," said McClure. "There was the desire to go up and try to grab them and move them some place but not the way the fire conditions were."

The conditions were so devastating it burned more than 200 homes, destroyed infrastructure, and claimed the lives of three U.S. Forest Service firefighters.

McClure is still adding up his own losses nearly eight months after the fires -- at least seven of his animals died in the North Star fire that also scorched his timber, rangeland, and fencing.

"That's the overwhelming part. There's 20-some miles of fence to rebuild," said McClure, who is not alone in the losses suffered in the wildfires.

McClure was one of many ranchers and loggers who met with federal leaders on Thursday evening for a discussion about wildfire preparedness and how to prevent wildfires from jeopardizing their livelihoods for a third year in a row.

Vejraska also lost cattle, timber, rangeland, and miles of fencing during the fires. He said it will cost about $15,000 per mile to replace his fencing.

Nearly 100 people packed the meeting at the Okanogan Fairgrounds, which included story after story of people who suffered losses in the fires. Some residents shared concerns about the lack of communication during the wildfire response in Okanogan County and suggested that the Incident Commander should be required to remain at the fire during the entire incident. Others shared frustrations about lawsuits being filed by environmental groups to prevent them from harvesting timber.

"I know they're frustrated and these things take time," said US Forest Supervisor Mike Williams. "When it happens to you. It's a whole lot harder. We're going to try to help them through it."

For many ranchers, including McClure, the challenge now is trying to find grazing land that didn't burn in the fires. The wildfires last summer scorched more than 520,000 acres across federal, state, tribal, and private lands. The situation forced some ranchers to buy more hay during the winter and, in some cases, sell cattle to reduce their herds.

"We were fortunate enough to find out places to put the cattle," said McClure. "Our current grazing units and allotments are burned over. They're requiring at least a two-year wait period before we can go back on them."

McClure, who keeps his cattle on private, tribal and federal lands, will be hauling his cattle 80 miles from Nespelem to Ferry County where his herd will graze during the summer.

"I'm going to be doing a lot more traveling that way. I will be exploring some new country I haven't been in before," said McClure, who would usually be herding the animals to pastures closer to home. "(It's a) learning experience. Like I say we haven't done it before. We'll find out when we get there."

The state legislature approved about $7 million in funding to help landowners recover from the wildfire losses. A portion of that money will be given to the Okanogan County Noxious Weed Control Board to repair the damaged lands. The funding is still waiting for Governor Jay Inslee's approval.

The Thursday evening roundtable discussion was organized by Rep. Dan Newhouse (R-WA) and also included U.S. Rep. Glenn Thompson (R-PA) who is the Chairman of the House Agriculture Committee's Subcommittee on Conservation and Forestry. 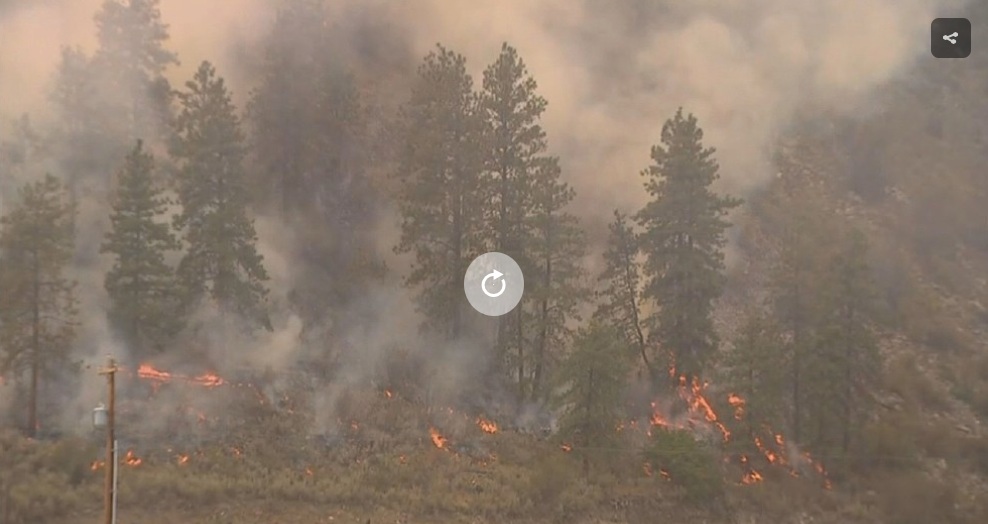 As the fire season is quickly approaching, we urge all citizens to work together with their elected officials and existing government programs to lesson the possible loss of life and property, while promoting the health of our lands and water, as well as important industries such as ranching in the West.

Please continue to work together as communities, and remember that those you elect this year will have a powerful effect on the health, safety and welfare of your community, whether those elected represent you on the city, county, state or federal level. So make sure they understand the importance of the Transfer of Public Lands and how your community will be greatly benefited by it.