Yes, Public Lands Are a Priority

Two years ago, Montana’s Governor nominated 5 million acres of national forest lands in Montana for high priority management actions. It was not 4 wheelers, or men with chainsaws, ranchers with matches, or even armed protesters that threatened these federal lands. It was, and still is, a lack of proper management by our federal government.

In 2013 the United States Department of Agriculture (USDA) warned that 10,000 miles of major power lines are at risk on national forests in the western U.S. due to lack of vegetation management. And, they said, federal agencies do not have the capacity to treat the affected acres that they are responsible for managing.

Finally, in 2014 the U.S. Congress passed legislation to allow “expedited treatment” in these high priority areas. Unfortunately, at the projected rate of progress, it will take between 100 and 1000 years for federal bureaucracy to get this emergency under control. That is if all goes well.

Keep in mind it is not necessarily the front line federal employees who are at fault. Indeed many of them would like to do better. The problem is that federal lands suffer from a lethal combination of unworkable regulations, obstructive environmental lawsuits, and out-of-touch politicians and bureaucrats calling the shots from Washington DC.

Take last summer for example. When lightning struck the dry, overgrown national forests in Montana, state helicopter teams were on the spot ready to put these small starts out before they spread. But federal bosses ordered Montana’s fire crews to stand down.

Montana’s firefighters were barred from putting the fires out because our helicopters weren’t on the federal government’s list of approved equipment. THAT is what mattered to Washington DC. 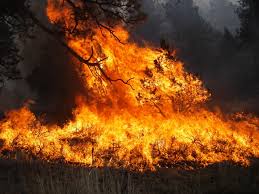 There are so many other examples documenting the tragedies caused by today’s federal land management model. Like the 2013 Pautre Fire in South Dakota which got out of control and scorched 10,000 acres  -- 7,000 of which were PRIVATE land. Despite igniting a fire when weather advisories suggested it was not safe, the federal government denied any liability for the damage they caused. Imagine if your private property had been burned by the federal government. The real kicker is this same government fined two Oregon ranchers $400,000 and condemned them to 5 years in prison for starting a private range management fire which barely encroached onto adjacent federally controlled land. Where is the fairness in that?

Vocal opponents of local control refuse to acknowledge the drawbacks of a massive federal bureaucracy that “manages” our public land in these ways. They refuse to consider the advantages we could all enjoy through more thoughtful, locally driven public land management. Must everyone who believes our state could manage public lands better than Washington DC be labeled an "extremist"? Really?

Don't they realize Western states already manage millions of acres of state owned public lands, and we consistently out-perform the feds in cost effectiveness, best management practices, wildfire control, and habitat quality? Or are these just more things that don’t matter to them?

To all who would open their ears and hearts to hear, I implore you to come along side and work with your elected representatives who seek lawful, peaceful solutions for better governance of our public lands. There are already hundreds of elected officials in support of transferring certain federally controlled public lands to the states in accordance with the ALC Public Policy Statement. Don't we all want healthy air, water and wildlife, abundant outdoor recreation, and safe, vibrant communities?