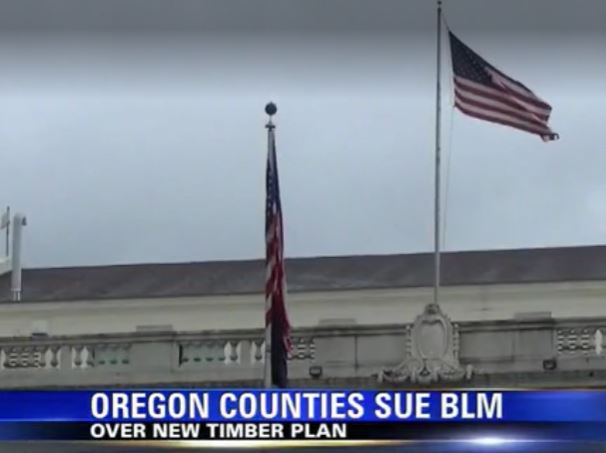 are saying they will be suing the

Bureau of Land Management because of a

The new plan says the counties would split up $25.6 million for logging only 25% of the forest lands.

The rest would be protected lands for fish, water supply, wildlife, and recreation.

In their new plan, the BLM says the counties will receive an increase in revenue of $30 million compared to harvests in 2011.

The BLM has worked with the EPA, National Marine Fisheries, and the Department of Fish and Wildlife to determine what areas should be protected.

They also say the amount of harvestable forest lands could variate, depending on wildfire and animal habitats.

The counties say they are taking legal action.

They say that under the O&C act, all of these lands are meant to be shared to fund local governments.

The counties argue that harvests in 2011 were one of the lowest they’ve ever been, and historically, they’ve received an average of $134 million per year from timber production.

If compared to yearly historical averages, the new plan takes away a large portion of revenues counties are used to receiving.