This morning, as I worked on the last minute preparations for Christmas and the upcoming new year, I felt a little sad. Not that it had anything to do with the holidays...I felt sad as I thought of the people and groups who are spending millions of dollars, and untold energy to try to prevent the Transfer of Public Lands to the states.

I thought of how they will not accept one shred of the massive pile of evidence, but insist on throwing out their rhetoric, in hopes of whipping people up into an angry frenzy, over imagined offenses. We offer them facts...they spread fear.

Some of these detractors truly believe what they are saying...confused by the propaganda...more fearful of change than the status-quo. And I understand that. The old "devil you know" is more comfortable than the "devil you don't."

But many of these detractors know full-well that the Transfer of Public Lands would put an end to their gravy train. Groups that make their money by suing the federal government for their mismanagement...who gain their public support by stirring up unfunded fear, will do just about anything to keep those lands in those mismanaging federal hands.

While thinking on this, my mind turned to a classic Christmas song, "I Heard the Bells on Christmas Day." Specifically the words, for hate is strong and mocks the song of 'Peace on Earth, Good Will to Men!". It has always been true that those with ill-intent to control often do so by dividing people through anger, hatred, and fear. But luckily, the song doesn't end there.

"Then pealed the bells more loud and deep:

'God is not dead, nor doth he sleep;

with peace on earth, good will to men.'"

I remembered: we stand up for what is right because it is right. There will always be opposition. But our job is to educate. To teach the truth...the facts. The rest is up to you. That's right. YOU. YOU elect your leaders. YOU are the source of power in our republic. YOU have the choice every day whether you will stand up and get involved, or whether you will go on with your life and hope that someone else will pick up the slack.

When Benjamin Franklin was asked what form of government they had created, his immediate response was "...a Republic...if you can keep it." Our Founding Fathers understood that liberty takes work. It takes involvement. It takes people who will stand, even when others will not.

I have great faith in you. We have found those we work with to be the most amazing, hard-working, and devoted people we have ever met. You love freedom. You love our Constitution. And that is what lifted my spirits this morning. Truth will always prevail. The question is....who will be on the side of truth?

Merry Christmas and a Happy New Year, from the American Lands Council... 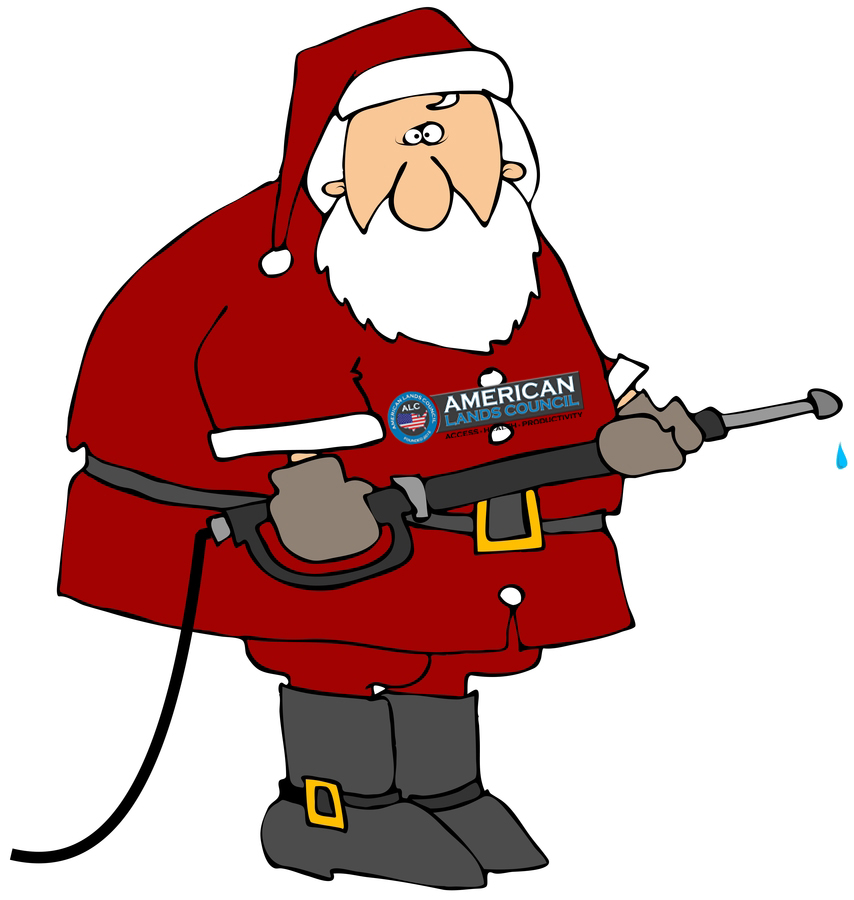 I Heard the Bells on Christmas Day

I Heard the bells on Christmas Day

And wild and sweet the words repeat

I thought how, as the day had come,

The belfries of all Christendom

Had rolled along th'unbroken song

And in despair I bowed by head,

"There is no peace on earth" I said,

"For hate is strong and mocks the song

Then pealed the bells more loud and deep:

"God is not dead, nor doth he sleep;

With peace on earth, good will to men."

Till, ringing, singing, on its way,

The world revolved from night to day,

A voice, a chime, a chant sublime,