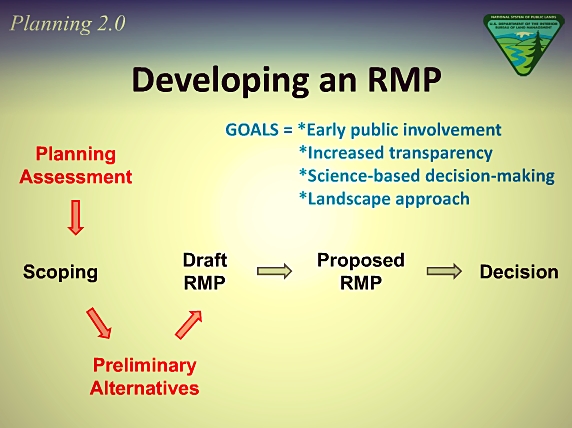 On Tuesday, commissioners unanimously approved a letter that comments on the suggested changes, including an objection to shortening the public comment period from 90 days to 60 days.

The agency is proposing this so the planning process is more consistent with the public comment period for its National Environmental Policy Act process.

“Our experience is that we are frequently forced to request extensions to the public commenting period due to the voluminous nature of RMPs and our own public meeting/noticing constraints,” county officials write in the letter.

“Oftentimes, these constraints are further exacerbated by our need to coordinate review of the draft with other entities and agencies within our county who have timing restraints of their own.

“Some of these challenges could be alleviated by the creation of a separate opportunity for local government commenting.”

The BLM granted a two-week public comment extension in March on an oil and gas lease sale in the HD Mountains after the county complained of receiving short notice.

The county’s letter also states that amendments to the environmental impact statement during the RMP process should be transparent.

Other elements of the BLM proposal have the county’s support, including involving other tribes, local governments and the public earlier in the process.

The BLM’s proposal was published in the Federal Register in February and the deadline to submit comments is May 25.

The proposal and instructions for submitting comments can be found atwww.federalregister.gov.