Energy development on federal lands in Colorado at historic low 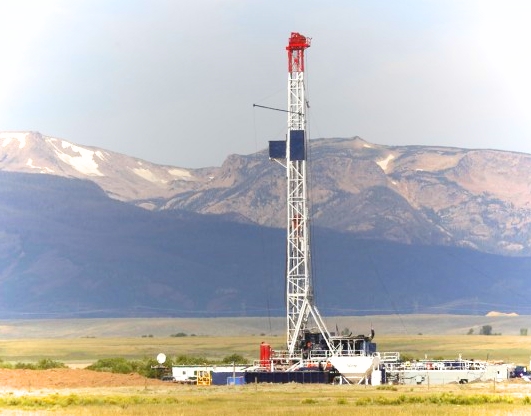 Less than 40 percent of federal land with leases on it for oil and gas development was producing as of the end of the last fiscal year, while about 45 percent of leased federal acreage in Colorado was producing.

Also, the Bureau of Land Management issued oil and gas leases covering 67,562 acres in Colorado during the federal fiscal year 2015, up from the prior year but still down considerably from historical lease activity levels in the state.

The relatively low leasing activity in recent years is consistent with slowing oil and gas development activity recently on both private and public lands in the state.

That’s particularly been the case in natural gas fields in western Colorado, where much of the state’s federal lands and federal oil and gas estate are located.

Both nationally and in Colorado, those are the lowest levels in some 15 years.

The BLM recently released a trove of 2015 data related to its oil and gas program. Its lease and drilling permit numbers are closely scrutinized both by industry advocates who argue the agency doesn’t do enough to facilitate energy development and environmentalists who think it goes too far in doing so.

The BLM said that nationally it approved 4,228 drilling permits on federal and tribal lands during the last fiscal year, a 10 percent increase over the prior year.

In northwest Colorado, it approved 329 permits in the last fiscal year, down from 365 the previous year.

Nationally, the number of drilling permits approved by the BLM but not yet used is at a record high of 7,500, the BLM says. In Colorado nearly 700 federal and Indian permits are currently in effect.

The BLM says permitting activity in northwest Colorado is continuing to decline in the 2016 fiscal year, and is currently at a pace that’s about half of the last fiscal year’s, with fewer than 100 approved to date.

The BLM says oil production is up 10 percent on federal and Indian lands over the previous fiscal year. It says it offered more than 4 million acres at lease sales in the 2015 fiscal year, but industry bid on just 15 percent of that acreage.

The BLM said oil and gas development are market-driven, and it pointed to significant drops in oil and gas prices from 2014 to 2015.

But annual acreage leased by the BLM in Colorado measured in the hundreds of thousands of acres for the two decades ending with fiscal year 2008, according to BLM data dating back to 1988.

Lease sales in Colorado during the 2015 fiscal year generated nearly $33 million in revenue, out of about $143 million nationwide. More than $32 million of the Colorado revenue came from a May 2015 lease sale involving parcels in the Pawnee National Grassland and within the Royal Gorge Field Office jurisdiction.

The Wilderness Society said that while the industry “wants the public to believe that it needs access to more of our lands,” the BLM statistics show it isn’t bidding on all the land offered for lease and isn’t developing the land it has leased.

“While industry claims that BLM regulations (issued to protect other resources and taxpayers) are harming drilling on public lands, the evidence shows an overall decline of drilling on non-federal lands in the Rockies. Drilling is tied to when and where oil and gas prices will allow industry to turn profits,” the organization said.

Said Kathleen Sgamma of the Western Energy Alliance industry group, “The leasing data from BLM tell the same story year after year; BLM offered millions of acres in very remote, unproven areas of Alaska that there continues to be little interest in, while offering very little in Colorado and other Rocky Mountain states where there remains a huge backlog of nominations.”

The BLM offered about 2.9 million acres for lease in the last fiscal year in Alaska but leased about 67,000 acres there.

Sgamma noted that companies nominated more than a million acres for leasing in Colorado over the last three years even with natural gas prices being low, while offering a small fraction of that amount for leasing over the same period. Nomination kicks off a process under which the BLM determines if the acreage should be offered for leasing.

“These anemic lease sales mean that public lands areas like the West Slope will lag other areas of the country when the inevitable recovery does come,” she said.