There is an old saying used to describe people who refuse to see the truth. When it comes to the Transfer of Public Lands, there are plenty of eyes "wide shut" to the facts that are clearly and easily understood, if only those eyes would open.

Although our support continues to grow rapidly, there are a number of stalwart groups opposed to the Transfer of Public Lands. They refuse to hear our side of the issue. Not surprisingly, many of our opponents receive substantial amounts of federal funding. Could this have anything to do with the extreme bias they express in favor of federal control over the lands in our states despite how bad federal mismanagement has become?

Groups such as The Rocky Mountain Elk Foundation, The Montana Wilderness Association, National Wildlife Federation, and recently the Back Country Horsemen of Montana, for example, came out in opposition to our efforts to free the lands from federal bureaucracy.

We at the American lands Council are working hard to effect major reform in public land management because we want a healthy environment, abundant recreation, and safe vibrant communities. Under federal control we are experiencing quite the opposite in many instances.

But before taking a stance against the Transfer of Public Lands, the opposition groups never allowed our leading experts to come to their membership meetings and share what the transfer of public lands movement is really about. In fact we have heard that those who spoke up in favor of TPL at some of these meetings were marginalized, shoved aside, or suppressed from participating.

Why is it that opposition groups are suppressing information and distorting the facts so aggressively? Why won't they let us come present our view on the issue before they take a stand? Why do they repeatedly ignore the ALC Public Policy Statement which was ratified unanimously by elected officials from 14 states and clearly demonstrates the Transfer of Public Lands is about improving public access, improving environmental health, and restoring sustainable economic practices that WOULD NOT REQUIRE LANDS TO BE SOLD? Why do the organizations who claim to want to keep public lands public, actively oppose legislation that would have done so?

Is their opposition bought and paid for? Some groups are not only suppressing information, they are flagrantly using falsehoods and fear mongering tactics to raise money and influence elections in favor of the left. Sad they would stoop so low when our public lands and fellow citizens are in such need of real solutions. 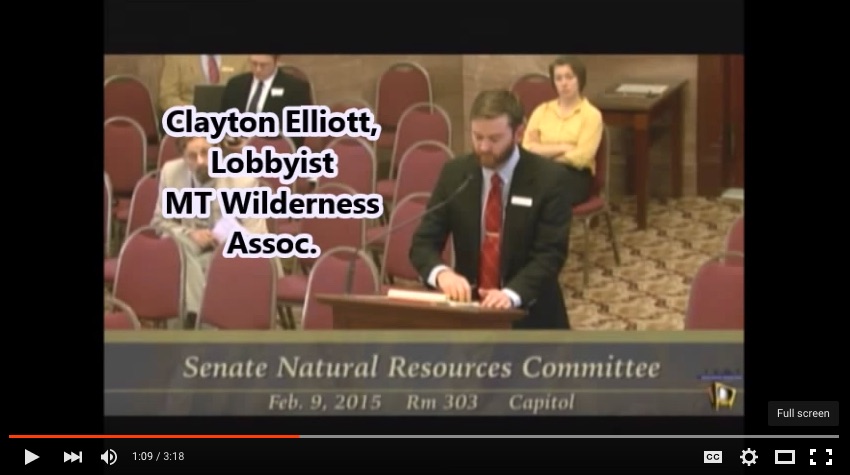 Better land management translates to social, environmental, and economic benefits for the public. The fact is multiple independent studies have shown that states consistently manage lands more efficiently and cost-effectively than their federal counterparts. (See HERE, HERE, HERE, and HERE.) And the nation's top experts on the Constitution and Constitutional Law have concluded in their recent report that the states' claim on their public lands is completely legitimate and constitutional.

If you are not a member of an opposition group, you are in the "99%". For example, the Rocky Mountain Elk Foundation claims about 220,000 members nationwide, and that is a lot of people, but it is equivalent to only about 1% of all American hunters. So keep that in mind when you hear from these groups. They don't represent the majority of sportsman, nature lovers, or other outdoor enthusiasts. And few of them have allowed their members to vote on the transfer of public lands issue, let alone hear both sides of the debate before they do.

If you are a supporter or member of any organization, insist that they allow all the facts about the Transfer of Public Lands to be presented. Insist they request a speaker from the American Lands Council and allow objective discussion. Frank Sonnenberg once said, "Honest people never fear the truth."  We invite all people to learn for themselves about the Transfer of Public Lands. Read, listen, discuss and learn. Seek the truth, and you shall surely find it.