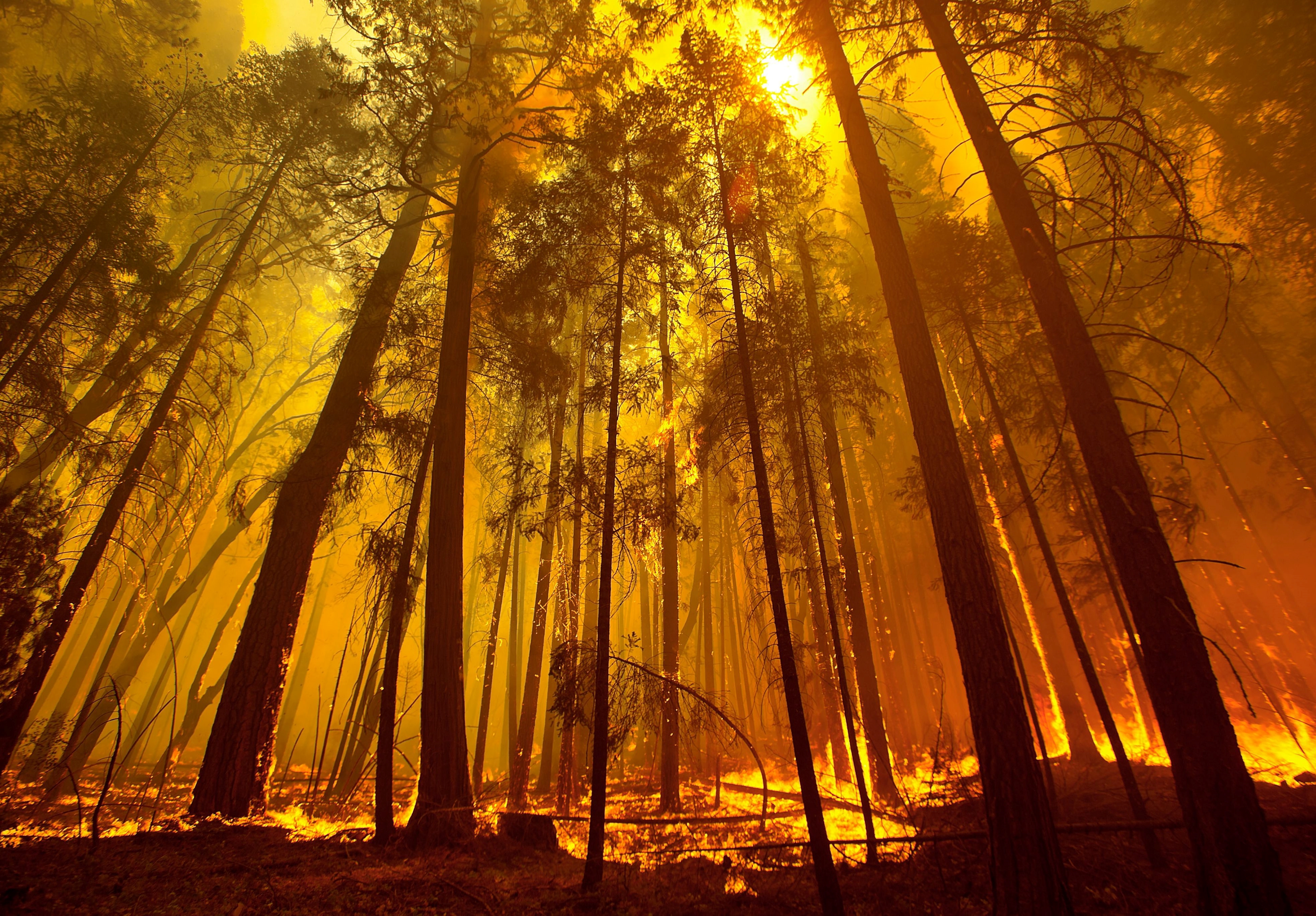 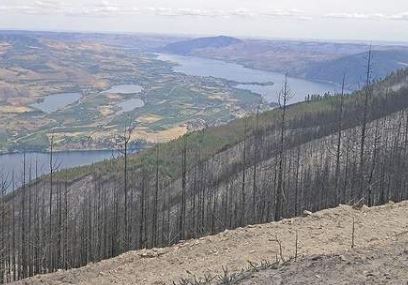 as published by the New American

It happens every summer, and this year is no different; thousands of wildfires ravage millions of acres in the arid Western states, destroying homes and huge swaths of forest and wildlife habitat — and taking lives. With the fire season far from over, federal firefighting efforts already topped $1 billion by August 21, and the U.S. Forest Service and other agencies are running out of money.  Forty-nine “uncontained large fires” are raging across the Western states and an additional 222 new “moderate” fires are in various stages of either growing or being brought under control, according to the U.S. Department of Agriculture/Forest Service’s Active Fire Mapping website for August 23, 2013.

Robin Broyles of the National Interagency Fire Center (NIFC), located in Boise, Idaho, told The New American that, as of August 23, a total of 32,732 wildfires have burned some 3.5 million acres so far this year. That translates into 5,469 square miles of woodland and grassland that have been incinerated, an area about the size of the entire state of Connecticut (5,543 sq. mi.). According to the NIFC, over the past 10 years the average area burned annually is 5.6 million acres. Whether or not the 2013 fire season ends up above or below that average will depend a lot on the weather over the next month or so. Either way, this year’s fire season has been especially deadly, with 19 members of an elite Hotshot firefighter crew dying in July in the Yarnell Hill wildfire in Arizona.

In northern California, the fast-burning Rim Fire, now covering 165 square miles, has spread into Yosemite National Park and threatens some of America’s most iconic landscapes. Meanwhile the huge Beaver Creek Fire is reducing some of Idaho’s most scenic wild lands in the Sun Valley area to ashes.  The Beaver Creek blaze had already burned 111,163 acres by August 23, according to NIFC’s Broyles, while the still-burning Elk Complex Fire, also in Idaho, has already consumed 131,258 acres.

Wildfires occur naturally and have always been a part of the seasonal cycle in the West, but the size and intensity of the fires have dramatically increased in recent years due, in large measure, to the gross mismanagement of the national forests by the U.S. Forest Service and the incessant lawsuits of radical environmentalists that have thwarted all reasonable attempts at proper forest management.

As The New American has reported many times over the past three decades, the unconscionable destruction of our vast forests, watersheds, and wildlife habitat is the inevitable result of policies and practices imposed by federal politicians and bureaucrats, in tandem with the obstructionist programs of extreme environmental activists.

On July 10, 1999, this writer attended and reported on a congressional hearing of the House Resource Subcommittee on Forests and Forest Health chaired by the late Representative Helen Chenoweth (R-Idaho). The hearing was held in the logging town of John Day, Oregon, in the heart of the Malheur National Forest, which had been effectively shut down and closed to logging by the U.S. Forest Service. Hundreds of millions of board feet of dead and dying timber and huge sections of blow-down timber were being left to rot and create massive bug infestations and fire hazards, while the local mills were starving for logs and Americans were being forced to import lumber and wood products from Canada.

Rep. Chenoweth fought heroically to reverse the many destructive federal policies that are destroying the health of our national forests, but with little success against the huge, well-funded Green Lobby that would rather see the forests burn down than have human beings obtain any benefit from them.

In our 1999 article on the Chenoweth hearing in Oregon, I wrote: “The federal eco-saviors ... have created ecological disasters of near-apocalyptic proportions. Tens of millions of acres of once-beautiful forestland have been transformed into charred moonscapes and dying, bug infested, overgrown tinderboxes set to explode into blazing infernos.”

Tragically, since those words were written, the Fedgov-induced infernos have incinerated tens of millions acres more of what were once beautiful and productive forestland. The greater tragedy is that this massive destructive loss needn’t have happened — and need not continue to occur year after year.

In the 1999 article mentioned above, I cited a number of experts and studies that predicted that we would see a continuing escalation of incidence of unnatural supernova fires, unless we began to address the enormous buildup of brush and dead/dying timber that is choking our forests. We pointed to a detailed 1999 report issued by the U.S. General Accounting Office (GAO) entitledCatastrophic Wildfire Threats, that said “39 million acres on national forests in the interior West are at high risk of catastrophic wildfire” due to unnatural and excessive tree density, massive buildup of undergrowth, disease and insect infestation.

In a 2003 article, “Fueling the Wildfires,” The New American reported that among the many federal policies that are putting our forests at grave risk are:

• The banning of insecticides and fungicides has allowed disease and bark beetles to kill once-healthy trees, making them more susceptible to forest fires....

• Policies and bureaucratic red tape prevent the timely removal of blow-down timber and trees that are dead or dying from insects and disease....

• The Clinton-era cutbacks in the fire preparedness budget of the Bureau of Land Management (BLM) dangerously weakened the agency's firefighting capacity....

• As our national forests were degenerating into firetraps, the Interior Department was setting aside nearly a dozen new national monuments, acquiring millions of additional federal acres in the process....

• The creation of roadless areas eliminates preexisting firebreaks and impedes getting fire trucks and other equipment to the fires....

• The irresponsible use of controlled burns by federal bureaucrats notorious for torching huge expanses of forestland is a prescription for more calamity. Used properly, controlled burning is a legitimate forestry management tool. But fedgov managers seem to be incapable of exercising common sense or heeding the warning of meteorologists when told the conditions are wrong for burning.

Earlier this year, on February 26, 2013, the House Subcommittee on Public Lands and Environmental Regulation held a hearing presided over by Natural Resources Committee Chairman Doc Hastings (R-Wash.) that turns out to have been very relevant to the current burning issue of our national forest management. The subcommittee heard from a number of witnesses who testified concerning the superiority of state-managed forest lands versus the federally managed forests.

Rep. Hastings noted that the much smaller forests managed by Washington State “generate an average of $168 million annually, support construction of public elementary, middle school and high schools statewide, facilities at the state’s universities, and other state facilities and institutions. In comparison, the U.S. Forest Service is responsible for managing over 9 million acres of forest land contained within seven different national forests in the State of Washington, yet harvests just 2 percent of the new growth, yielding a four-year average of only $589,000 in revenue.”

Rather than offering all-too-familiar rhetoric of how complying with one federal law or another “costs too much,” it’s time for the federal government to adjust how it does business, and honor its own statutory responsibilities to manage the forests, including allowing sufficient timber harvests, that benefit forested counties and their schools, as well as improve declining forest health and reduce the threat and soaring costs of catastrophic wildfire.

“Over the last few decades we’ve seen our National Forest System fall into complete neglect—what was once a valuable asset that deteriorated into a growing liability. I believe our forests and public lands are long overdue for a paradigm shift,” Subcommittee on Public Lands and Environmental Regulation Chairman Rob Bishop (R-Utah) told the hearing. “It’s time for the federal government to cease being the absentee landlord of over 600 million acres of land in this country that it controls and start leveraging those lands in a way that benefits rather than burdens the taxpayers and communities who are forced to play host to the federal estate.”

Not content with the 600 million acres it is already mismanaging, the Obama administration last November unconstitutionally claimed the authority to add 9.2 million acres to the federal plantation, allegedly to protected Northern Spotted Owl habitats in California, Oregon, and Washington.

Rep. Hastings pointed out that the federal Northwest Forest Plan for California, Oregon, and Washington, launched by the Clinton administration, has been a colossal failure. “To put it simply, the Northwest Forest Plan has failed,” said Hastings, at a May 2012 hearing. “It has failed the health of national forests,” he continued. “It has failed the economic well-being of rural counties and schools, has cost tens of thousands of Northwest timber-related jobs and the closure of hundreds of mills and affected wood-products industries. And, it has failed to recover the Spotted Owl.”

Nationwide, federal agencies are not managing the land they are required to manage. Amidst our nation's current $15.7 trillion debt, the Interior Department's and Forest Service's own estimates reveal $22 billion in maintenance backlogs for lands managed by the Forest Service, Bureau of Land Management, U.S. Park Service and the U.S. Fish and Wildlife Service.

Worse, since the Northwest Forest Plan, an average of 355,000 acres per year of Northwest national forests has been destroyed by wildfire. Yet, agencies continue to request and spend more money to contain wildfires and acquire even more land.

In A Burning Issue: A Case for Abolishing the U.S. Forest Service (Rowman & Littlefield publishers, 2000), author Robert H. Nelson presents a scorching indictment of the U.S. Forest Service and federal forest malpractice. Decades of mismanagement have shown that the vast and varied forestlands of the West cannot be properly managed by the federal government, and should not be held captive by Beltway politicians and their gold-plated lobbyists masquerading as environmentalists. Nelson’s proposal for abolishing the U.S. Forest Service should be acted on — while there are still national forests that have not been converted into cinders. The states, counties, and private landowners will do a much better job of managing and protecting the forests.