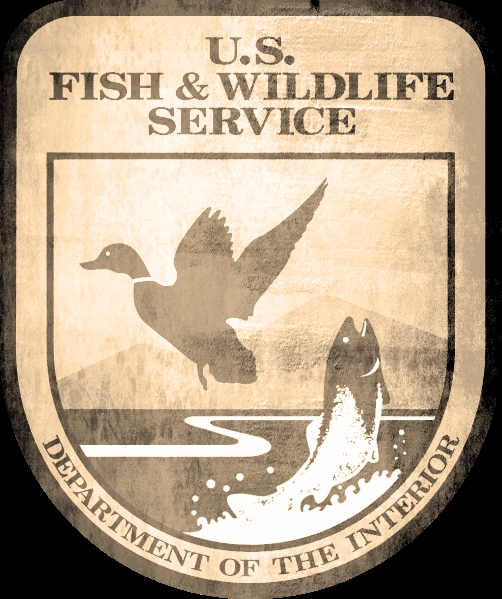 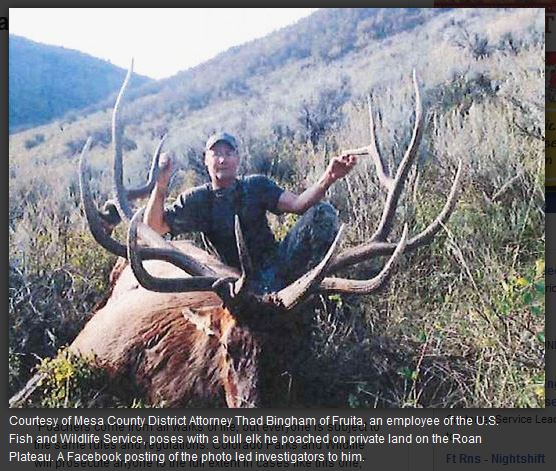 Four Western Slope men, including two local U.S. Fish and Wildlife Service employees, have been sentenced in the poaching of a trophy bull elk on private land on the Roan Plateau, Colorado Parks and Wildlife announced Tuesday.

State officials said Thad Bingham, 44, of Fruita, killed the elk, while Brian Scheer, 45, of Fruita, Josh Fitzsimmons, 45, of Rifle, and Barrett Rowles, 48, whose hometown wasn’t given, participated in the illegal hunt in October 2014, which the state agency took two years to investigate.

Bingham and Scheer work at the service’s Horsethief Canyon Native Fish Facility Ponds near Fruita, where some evidence in the case was found. A message left with the Fish and Wildlife Service office in Denver inquiring whether Bingham and Scheer are still employees with the agency wasn’t returned Tuesday.

“Poachers come from all walks of life, but everyone is subject to the same rules and regulations. Colorado Parks and Wildlife will prosecute anyone to the full extent in cases like this one,” said CPW Grand Junction area wildlife manager JT Romatzke, who led the investigation.

“Rather than setting a good example as employees of a federal wildlife management agency, these two individuals and their accomplices instead chose to violate the law in an egregious manner, and that is a real shame,” he said in a release.

Romatzke was first alerted to the photo from a Facebook posting of a picture showing Bingham with the elk.

Using that photo, Romatzke and Parks and Wildlife employee Ryan Blair identified four possible canyons where the photo may have been taken, eventually locating the “kill site,” which was on Exxon Mobil property northwest of Rifle. The site, called “Colony property,” does not allow hunting, according to a case synopsis provided by the 9th Judicial District Attorney’s Office.

The state agency said it withheld details of the investigation until after the last man in the case — Bingham — was sentenced.

Under a plea deal with the district attorney in exchange for lesser penalties, Bingham pleaded guilty to trespassing and illegal possession of wildlife. He paid more than $200 in court costs and was ordered to donate $5,000 to the Rocky Mountain Elk Foundation.

He initially faced fines of up to $12,000 on the initial charges, which included illegal transportation of wildlife, failing to contact the landowner prior to entering private property, and illegal possession of a trophy-class bull elk with six points on each antler.

Under Colorado law, killing or possessing an illegally obtained trophy elk can result in additional fines of up to $10,000.

All four men face up to a five-year suspension of their hunting and fishing privileges in the state. That suspension, which is pending a review by a Parks and Wildlife hearing officer, also would apply in 43 other states because Colorado is part of the Wildlife Violator Compact.

After obtaining search warrants from a Garfield County judge, Parks and Wildlife officers seized evidence from Bingham’s Fruita home and from the Ouray National Fish Hatchery in Grand Junction, including hunting equipment, meat and antlers.

Bingham told the officers that he threw away about half of the meat, but DNA evidence from what meat was left and antlers matched the DNA found at the site where the animal was killed, according to the synopsis.

That evidence helped officers link the four men together.

“We say this over and over, and we cannot stress this enough, if you commit a wildlife crime, no matter who you are, we are going to do what we can to find you,” Romatzke said. “Colorado game wardens know every rock, tree and canyon in the state and are constantly on the lookout for people that ignore our wildlife laws. We will use our expertise and extensive knowledge of Colorado’s backcountry to bring poachers to justice.”