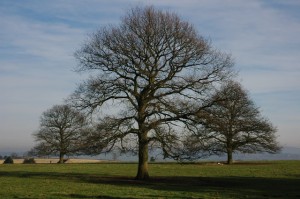 This post is a transcript of a 4-minute weekly radio commentary aired on several Utah radio stations.

For those who have ever wondered what a “push poll” looks like, the Center for American Progress, a liberal think tank that’s up in arms about the West’s movement to transfer most federal lands to state control, provided a great example a couple of weeks ago.

Their poll clearly demonstrated, at least in their minds, that a majority of Westerners oppose turning over the 50 percent of Western lands that D.C. currently owns to state control. You can see a summary of it here.

This one-sided poll was crafted to support a specific outcome by asking leading questions of very few people across a wide swath of states. Shocking, I know. If either the Center for American Progress or the polling companies involved were capable of being embarrassed, they would have enough red on their faces to paint a barn. But as their purpose was simply to advance a point of view, I’m sure they’re basking in the light they’ve stolen from the rest of us. The world is just a little dumber for their efforts, and while both the left and right are guilty of dishonest polls to either push a viewpoint or raise a buck, this is a particularly egregious example.

The axiom that you get what you pay for is especially true in the polling business, where the wording of a question can lead to desired responses that campaigners can then tout as a “The people have spoken” moment. This poll basically asks people if they would rather see state taxpayers pay for the rape and ruin of public lands or have those lands munificently managed by benevolent federal cherubs gently tending the flora and fauna as they glide effortlessly — and at no cost to the taxpayer — overhead.

Here’s the question they’re most proud of:

Thinking about one idea related to national forests, national parks, wildlife refuges, and other national public lands in your state, would you support or oppose having your state Government and taxpayers assume full control of managing these public lands, including paying for all related costs, including the cost of preventing and fighting wildfires?

Got all that? Never mind that nobody is talking about turning national parks over to the states, or that states somehow are able to conserve and manage their current lands at a profit while the federal government operates theirs at a loss. Framing a question that nobody else is asking to bake in a preferred response tells us exactly zero about people’s real feelings on the actual policy being considered. But no matter. Why let facts get in the way of a good story?

Coincidentally, Utahpolicy.com came out with some poll results on the same issue and at about the same time. Except their questions were simple and straightforward. They simply asked Utahns whether they support or oppose state efforts to take control of Bureau of Land Management and U.S. Forest Service lands, and whether they supported a lawsuit against the federal government to make that happen. Sixty percent wanted to take control of BLM lands, 50 percent thought the state should control Forest Service lands, and 54 percent supported a lawsuit. Those poll results are here and here.

Utahns, it turns out, have been discussing this issue for several years as a result of the state’s Transfer of Public Lands Act, and so know what’s really being asked for and what the costs and benefits to the state look like. In short, they know what they’re talking about and so are better indicators of true attitudes on the topic.

Even with all its shortcomings, though, the push poll provided valuable information. If pollsters were able to transparently load their questions this heavily with leading and misleading questions and still barely get a majority to parrot their point of view, we can expect that when people actually get to know the facts – as they already have in Utah – about the benefits of allowing those closest to the land and with the most at stake in its conservation and balanced use to manage it.

That’s why the Center for American Progress is masquerading marketing as research and misrepresenting the intentions of people who want to balance conservation with productivity. They know they lose on the facts in an honest debate. So it’s in their interest to avoid one.

For Sutherland Institute, I’m Carl Graham. Thanks for listening.

Find this and other Utah Public Policy discussions at Sutherland Daily.