Fire on the Mountain, like you've never seen before

If a picture speaks a thousand words, the Oregon County Wildfire Documentary is a library in an of itself.

This excellent 20 minute film was produced by BakerCountyWilfire.org, which gives an up-close-and-personal view of the devastating wildfire that roared through Oregon just last summer...the causes and effects, as well as the frustrations of locals who are experts in the care of this land and know how to prevent such devastating fires, but are consistently prohibited by federal red tape and environmental lawsuits.

In August, 2015 a monumental wildfire roared through the Wallowa/Whitman National Forest in Baker County, OR. Not surprisingly, it was caused by a lack of timber management. The hands-off policies of environmental extremists have shut down logging and grazing, and taken away the common sense management that previously kept our forests thriving for more than 160 years.

Just 30 years ago, the surrounding areas were economically productive as 6 lumber mills provided jobs and kept the forest clear of dead and dying trees, and ensured that healthy trees could access the sun and water that they needed to continue as healthy forests for all to enjoy. As of 2015, they were down to only 1.

Environmentalists have closed logging operations through lawsuits in an effort to protect the spotted owl. But the spotted owl ended up still being destroyed as they could not compete with the horned owl. In the end, short-sighted lawsuits have only managed to kill both the spotted owl, the forests that all animals rely on, as well as the logging industry that supplied the citizens of Oregon with much-needed jobs.

Over time, the overgrown forests have become a mass of dead and dying trees that increased wildfire threats as the fuel loads built up over the forest floor. No one is allowed to remove dead or dying trees when they are infested with pests and disease. Overgrown forests are unable to survive through natural droughts because there are too many trees fighting for necessary water.

When the 2015 fire came in, these flammable situations caused the fire to leap to the crowns of the trees, where it was able to spread quickly, and burned up 90-95% of the trees. In contrast, on the other side of road, the Forest Service was allowed to have a timber sale on land that had not been closed by lawsuits. They marked it responsibly to sell the excess trees, and when the fire came to this well-managed area, it didn't climb the trees, but rather ran through the forest floor at lower temperatures, burning out before causing serious damage. The only part of the forest that was tended responsibly was also the only part that survived this devastating fire.

Federal policies that reduce or forbid grazing are also responsible for the overwhelming destruction caused by these fires...a truth that has been long-known in the ranching world. Cattle grazing reduces the risk of catastrophic wildfires by reducing the underbrush fuel load in and around the forest. The proof is in the forest. Where the grounds were grazed, and dead timber was cleared, the fire did not get out of control. Grazing and logging together minimize the amount of forest that is sitting on the ground, thus reducing fire risk.

Over the past several years, the Forest Service has closed 50-60% of roads in the forest. These roads are supposed to provide critical fire breaks that keep fire from spreading and give firefighters quicker access to areas. Closing these roads costs millions of dollars a year, and then they have to be opened again during a fire, which takes many hours and much more money, slowing down the progress of fire fighters. And when the fire is finally extinguished, more money is spent to close them up once again.

The after affects of the Baker County fire will be long-lived, especially for those who live in OR. The creek has been running black ever since the fire. The soil all runs down stream. Many ranchers' herds were killed. One rancher shared an excruciating experience of watching a doe who had survived a month and a half with its hoofs burned off. "She died in the middle of the road after a month and a half...It took her that long to come hobbling off the mountain." These deaths are devastating for those who care for cattle or domesticated livestock. As Don Morris shared, ranchers "feel entrusted by God to take care of those animals. Because we're stewards of the land. That's what we do. I mean, they're like family."

Sadly, even if we are wise enough to change our policies today, it will be 100 years before the Wallowa/Whitman National Forest is ever like it was.

It's time that Congress honor its promise to Transfer Public Lands to the states...to the local stewards who know and love the land, and whose lives and livelihoods depend on it. 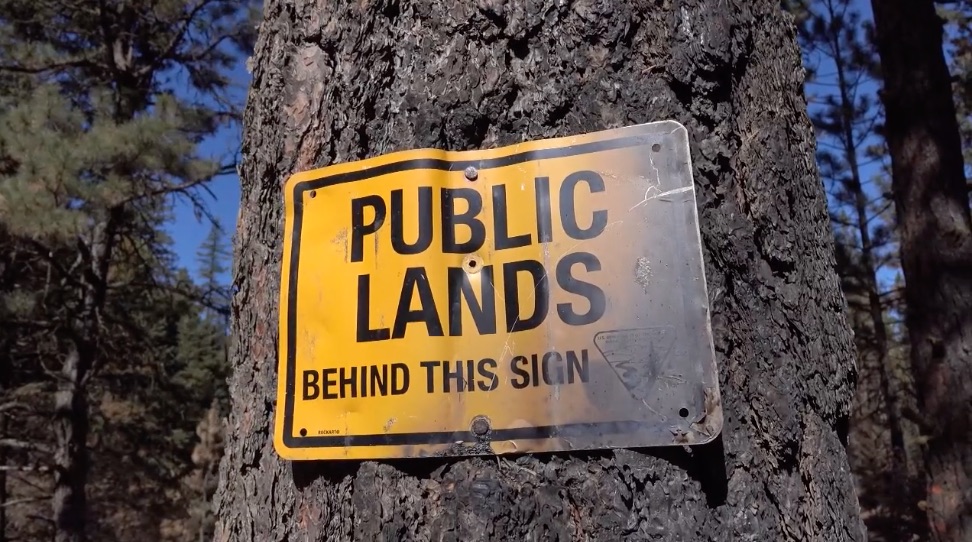