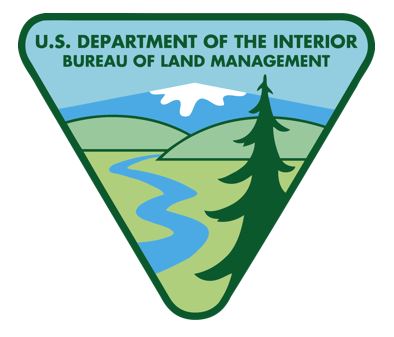 as published by E&E

Former Bureau of Land Management Director Bob Abbey was "personally and substantially" involved in the sale of federal lands in Nevada that would have earned his future consulting firm $528,000, in violation of an ethics pledge he signed, the Interior Department Office of Inspector General said in a report released today.

The report also concluded that Mike Ford, a consultant and former BLM employee who was Abbey's business partner before and after Abbey's tenure as BLM director, leveraged his connections to agency leadership to gain insider knowledge of the land sale and expedite its approval. It sought to determine Abbey's level of influence in the 2012 sale of 480 acres of federal lands in Henderson, Nev., to Christopher Milam, a developer who had signed a deal with the city to build a stadium on the land for professional basketball, soccer and hockey teams.

Ford's firm Robcyn LLC had signed agreements with Henderson and Milam to provide consulting services to help them navigate the BLM land sale process, the IG said. If the land sale was successful, Ford's firm -- which Abbey planned to rejoin -- was to receive $528,000. The sale eventually fell apart after Milam reneged on his promise to build a stadium.

Abbey was Ford's business partner from 2005 to 2009, when the firm was called Abbey, Stubbs & Ford LLC. When he took the BLM director job in 2009, Abbey signed a recusal memo stating that he planned to rejoin the firm after his government service ended but would "not participate personally and substantially in any particular matter that had a direct and predictable effect on the financial interests of the firm."

But the IG report found Abbey personally involved himself in the land sale by urging Interior attorneys to sign off on the proposal and by urging that it be swiftly published in the Federal Register.

"Abbey was personally and substantially involved in the presale process for the land," the report found. "Abbey stood to benefit personally from the sale because he and Mike Ford, a former BLM employee and Abbey's onetime business partner, had arranged for Abbey to resume his role as a partner in their private consulting firm after he left BLM."

The IG forwarded its report to the Justice Department, but it declined the matter for prosecution.

Abbey and Ford both denied any wrongdoing in the land sale. Abbey acknowledged he played a small role in the land sale but said his involvement was greatly exaggerated by the IG report, which he criticized as "terribly flawed."

"To say that I was shocked when reading the investigative report would be an understatement," Abbey told Greenwire in an email. "After 3 ½ years of investigating me, reviewing my personal and government emails, examining my bank accounts, and interviewing numerous individuals, the investigator could find nothing more than the fact I had made an inquiry regarding the status of a public notice relating to this proposed sale and that I encouraged staff to move forward with their review so this notice could be published and the public could then weigh in with their comments or objections to this proposed action."

Ford, who served BLM for 25 years and has spent the past 17 years as a land and energy consultant in Nevada, said he was careful not to exploit his personal friendship or business ties with Abbey.

"Certainly people are free to say anything they want about me and my style, and plenty has been said, but I would never knowingly or willingly do anything to compromise my reputation or to engage in any activity that was illegal, unethical or otherwise subject to extraordinary challenge," Ford said in an email. "During the time Bob served as BLM director, I exercised an inordinate amount of additional caution and I never called upon Bob to do anything on my behalf, or on behalf of Robcyn."

The IG found that Ford had "an unusually high level of access to BLM personnel and processes before and during the Henderson land sale."

A realty specialist in the BLM Nevada state office said she moved Ford's applications to the "top of her stack" for review because Ford had helped her earlier in her career. She also shared draft documents with Ford while the Henderson land sale was being prepared, which "appeared" to violate federal regulations barring preferential treatment and the improper use of nonpublic information, the IG found.

Ford also had an "undue influence" in the appraisal process by having his firm select and pay for the appraiser, the IG said. Yet the fair market value of the land that the appraiser established -- $10.5 million -- appeared "reasonably accurate," the IG found.

Abbey, who was BLM's Nevada state director from 1997 to 2005 before joining Ford in consulting, involved himself in the land sale "early in the process," the IG said. "He conversed or met with Ford on several occasions before and during the initial land sale efforts," it found.

Once the land's value was determined, BLM had to post a notice of the sale in the Federal Register.

Ford wrote part of that notice and contacted BLM employees from the field office level up to Abbey to ensure it received expedited approval, the IG found.

One BLM field office employee in Nevada told the IG that Ford had talked about his plans to visit Abbey in Washington, D.C., to discuss issues he had with the land sale. The field manager "said that it made him and other BLM employees uncomfortable that Abbey did not recuse himself from Nevada land deals due to his past private employment in Nevada and his close relationship with Ford and others in the Nevada land development industry," the IG concluded.

On Feb. 3, 2012, the realty specialist in BLM Nevada's state office contacted an Interior solicitor to ask him to swiftly review the draft sale notice for the Federal Register.

A month later, the special assistant to BLM's chief of staff emailed Abbey to let him know the notice had arrived in D.C. Abbey responded: "Thanks. This land sale is important in bringing jobs to an area of high unemployment. Sooner the better," the IG report said.

Weeks later, the solicitor's office found flaws in the draft sale notice because of known minerals underlying the lands. A lower-level staffer declined to sign off on the proposal. When the matter was elevated to a higher review at the solicitor's office, Abbey personally intervened, the IG found.

The acting branch chief at the solicitor's office told the IG that Abbey came to his office on March 23, 2012, to ask why the notice was being delayed.

"Abbey told the branch chief that the matter was important to him, but he never indicated that he had a personal interest or stake in it," the IG report said. The branch chief "told us that he did not find it unusual for Abbey to visit him, but he found it strange that Abbey came to his office to discuss a [sale notice], as he had never before asked about one."

Federal law bars government employees from participating "personally and substantially in any particular matter that would directly affect his own financial interest or the financial interests of, among others, an organization with which he had an arrangement for future employment," the IG said.

Abbey told the IG he was simply trying to learn the status of the notice and did not believe his involvement was "substantial."

"My request for the status of specific public notices was not out of the ordinary, as I routinely requested information regarding the status of Federal Register notices as it takes the BLM and the Department of Interior an inordinate amount of time to review such public notices," Abbey told Greenwire.

"I have no clue how any qualified investigator could have reached the conclusion that I was substantially involved in this proposed transaction or that I was to financially benefit from this sale," he added. "The Department of Justice must have agreed with my assessment since they declined to pursue prosecution."

Ford said Abbey did not benefit "personally or professionally" from any of the firm's activities during Abbey's tenure.

"For the OIG, or anyone else, to suggest otherwise at this time is to engage in revisionist history," he said. "If you can find anyone that seriously questions Bob Abbey's honesty and integrity, I urge them to come forward."

In January 2013, the city sued Milam for backing out of his commitment to build a stadium on the lands. In May of that year, Interior terminated the sale and directed BLM to return Milam's $2.1 million purchase deposit and bidder's fee.

Interior said it quashed the sale based on "serious questions" about Milam's agreement with the city, which was the basis for BLM's decision to give him preferential status in the sale rather than sell the land in a normal bidding process.