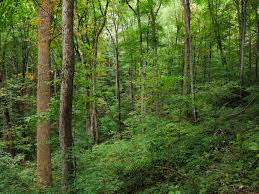 When you think of public lands, you picture something like the picture above, perhaps. Green forests, and more importantly, healthy lands.

The work would be done on acreage selected by Eastern Washington residents through a joint public engagement process conducted by the governor and Commissioner of Public Lands, Peter Goldmark.

“Our state’s devastating wildfire season has again emphasized the need for broad efforts to restore forest health and resiliency across the eastern Washington landscape,” Inslee wrote to Secretary of Agriculture Tom Vilsack.

The Agricultural Act of 2014, commonly known as the Farm Bill, authorized governors to identify insect and disease treatment areas within national forests in their states that suffer from severe forest health issues and should be prioritized in federal planning of forest health treatments.

Areas of the Okanogan, Wenatchee, Colville, Umatilla, and Gifford Pinchot National Forests are included in the governor’s recommendations. These landscapes are suffering from acute forest health hazards caused by parasitic insects and tree diseases, resulting in heightened mortality risks. Forest conditions in many of these same areas also exhibit an increased susceptibility to wildfires.

If the Secretary of Agriculture approves Inslee’s request, the forestland will receive special authorities for quicker environmental planning. Projects would be done through a collaborative process with multiple local stakeholder groups. The Farm Bill also allows for up to $200 million a year to address forest health in the designated areas. Congress will consider appropriating funds in subsequent appropriations bills.

This news release can be found at Gov. Inslee's webpage.