If trees burn in a national forest, will the feds listen? 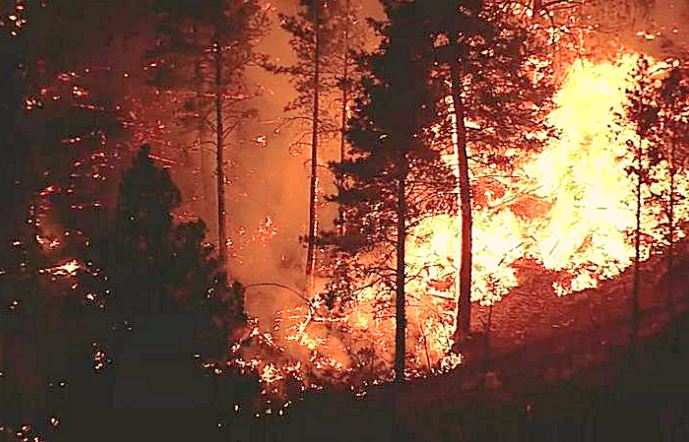 That’s because Vilsack told Journal Washington bureau correspondent Michael Coleman that if the U.S. Forest Service, which he oversees, runs out of money to fight fires this summer, it will be up to Congress to give him an emergency appropriation to battle the flames because he won’t take money from any other part of his budget. He certainly wouldn’t want to disrupt all those recreation specialists and their long-range planning.

His threat would carry more weight if the Forest Service was actually doing more fire suppression, using thinning and prescribed burns to remove fuel and improve the health of public lands while reducing the threat of catastrophic wildfires.

It bears noting that New Mexico repeatedly and unsuccessfully petitioned the Forest Service to address unsafe fire conditions in national forests before passing a state law in 2001 – a year after the Cerro Grande fire burned hundreds of Los Alamos homes and threatened one of the nation’s nuclear weapons laboratories – to exert local sovereignty over the safety of public lands. Last year a federal judge ruled against the state law.

So under Vilsack’s vision, Forest Service employees have:

1. The full authority not to thin forests, and

2. The full authority not to fight forest fires.

And that begs the question, if trees burn in a national forest, will anyone in the U.S. Department of Agriculture listen?

New Mexico’s senior senator, Democrat Tom Udall, has already convinced his colleagues to kick in an extra $600 million for firefighting in the 2017 federal budget.

And while he agrees major wildfires should be classified as “natural disasters” to be fought using federal emergency money, he rightly calls Vilsack’s petulant stance to not use all funds at his disposal “irresponsible.”

“If you run out of money and you don’t do borrowing then you’re not fighting fires,” he said.

And Rep. Steve Pearce, R-N.M., who vowed to cut the first tree in a 2011 emergency thinning in Cloudcroft, connects the dots Vilsack won’t.

“Simply changing the way wildfires are funded will not solve the problems facing our national forests. To fix the problem, we must address the real problem: lack of effective management. The most effective way to prevent wildfires are thinning and controlled burns; however, these practices have not been properly utilized by this administration due to radical regulations supported by the far left.”

If and when Vilsack, who hails from the corn forests of Iowa, runs through his entire forest fuel removal account actually improving the health of national forests, he will be on higher ground to claim poverty when it comes to fighting forest fires. But New Mexicans who have watched their forests burn every fire season know he’s not even close to there yet.

This editorial first appeared in the Albuquerque Journal. It was written by members of the editorial board and is unsigned as it represents the opinion of the newspaper rather than the writers.