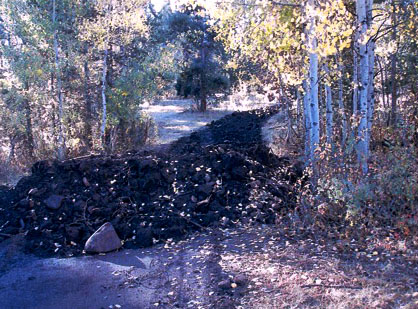 A legislative report in the State of Montana found that the federal government has blocked multiple use access on over 20,000 miles of roads on federally controlled lands, just in Montana alone, since 1995.

Now we have received word that the United States Forest Service (USFS) appears to have acted illegally in yet another attempt to keep the public out of public lands, but this time they destroyed parts of a nationally significant historic trail system.

The Board of County Commissioners in Lincoln County, Wyoming, responded by filing a legal complaint against the U.S. Forest Service and calling for an investigation. The complaint asserts unlawful destruction of the Lander Cutoff Trail in at least four separate locations. Additional damage in three more locations was discovered after the complaint was filed. Evidence clearly shows destructive excavation of the trail. The federal action came as a total surprise to state and local officials. According to the complaint, the USFS did not comply with federal law or consult with the Wyoming State Historical Preservation Office (SHPO) regulations as required by law.

Lincoln County senior planner Jonathan Teichert visited the sites twice to investigate and document the damage. The attached photographic evidence shows that the trails have been intentionally and severely damaged to prevent all forms of travel. Rocks and branches were placed in the route in some areas, and deep trenches were dug out in others, making it impossible for hikers, horses, bicycles or motor vehicles to pass.

The affected trail segments are part of the Lander Cutoff Trail which was established in 1857 to provide safer passage for pioneers navigating one of the most challenging sections of the Historic Oregon Trail. The USFS is well aware that the Lander Trail has historical significance. The Bridger-Teton National Forest website, the Wyoming SHPO, and the BLM all have multiple sources stating that the Lander Cutoff Trail is a historical trail. The 1990 Bridger-Teton Land and Resource Management Plan documents the historical significance of the this trail system as follows: 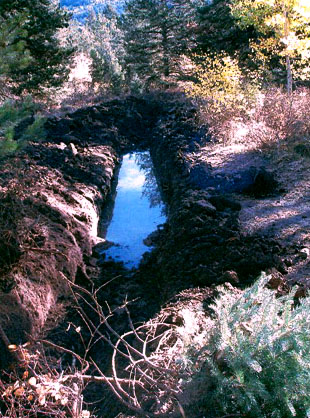 “Travel though the southern edges and portions of the Bridger-Teton National Forest started in the late 1850s with the emigrant travel to California, Mormon Country, and the Oregon Territory. The west side of the Continental Divide, between South Pass and the Green River was one of the most difficult sections of the original Oregon Trail. A safer and easier route was needed for westward expansion and the Lander Cut-Off helped fulfill that need. Fredrick W. Lander, a surveyor with the Department of Interior, surveyed the route in 1857, supervised road construction the following year and from 1858 to 1860 built the entire portion of the road to California through the Bridger-Teton National Forest.”

Lincoln County's legal complaint includes a call for investigation of several Forest Service employees responsible for the damages. These people include regional foresters, directors, resource directors, and other Forest Service employees and officials. The complaint also requests that all employees involved in the situation be placed on administrative leave until the investigation is completed.

The full complaint can be found HERE.

We appreciate the efforts of the Lincoln County Board of Commissioners, and other elected officials who are standing up against the federal government's destruction of public access on our public lands. This is yet another example of why we need to free our lands from federal bureaucracy and allow the people of each respective state to manage our public lands with local care and knowledge, so there is direct accountability for management actions.

We want a healthy environment, abundant recreation, & safe, vibrant communities. But its clear ‘one-size-fails-all’ federal bureaucracy is giving us just the opposite:

It’s time to #FreeTheLands from federal bureaucracy so we can tend them with local care to benefit our communities and our environment. Responsible management of public lands would prevent catastrophic wildfires and profoundly benefit our economy, our citizens, and our wildlife.

We need your help to achieve The Only Solution Big Enough  -- the transfer of public lands to state and local stewardship in accordance with the ALC Public Policy Statement.

Sign the Petition Here and contact your local, state, and national elected officials to let them know it’s time to compel Congress to #HonorThePromise of Statehood so we can #RestoreBalance, #UnlockOurLands, and manage our public lands with common sense for better access, health, and productivity.