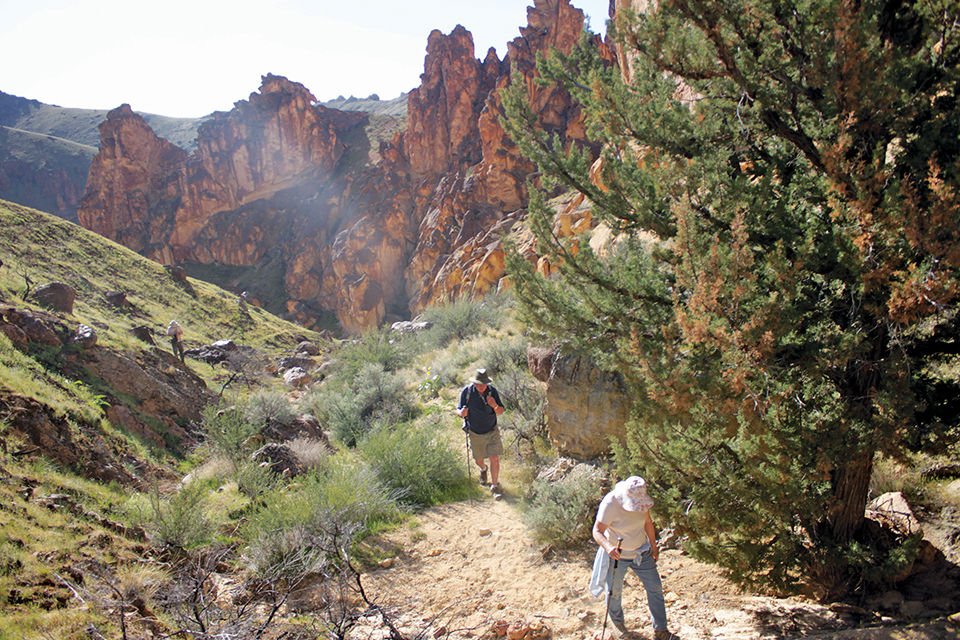 as published by the Argus Observer

As local ranchers campaign against a possible national monument in southern and central Malheur County, they argue that while grazing is allowed in wilderness, environmental groups work to get grazing restricted.

A coalition of environmental groups is working to have either a wilderness area or national monument established along the Owyhee River and its tributaries, plus surrounding land, taking in about 2.5 million acres. Ranchers and supporters have banded together to oppose these plans, saying it would hurt ranchers and Malheur County, where cattle are the No. 1 commodity.

Much of the ranching industry relies on public rangeland to feed cattle. While federal law allows grazing in both wilderness and national monuments, ranchers fear additional protections could lead to future restrictions — or even that cattle could be removed from the protected land.

One of the examples they point to is in Owyhee County, Idaho, where the Owyhee Initiative was created to protect the Owyhee Canyonlands within that county’s boundaries.

The Owyhee Initiative was a collaborative effort under the leadership of U.S. Sen. Mike Crapo, R-Idaho, involving a number of people representing ranching, conservation, recreation, government, hunting and other stakeholder interests.

Brenda Richards, a rancher and Owyhee County treasurer, was part of that effort and is still actively working with the initiative, of which she is the chairwoman.

“I have been involved in the Owyhee Initiative since its inception in 2000,” Richards said.

The agreement was ratified in Congress in 2009.

While the members of the initiative and organizations that signed on to the concept worked together to carry it out, Richards said outside groups worked to change some things that had been agreed on in the initiative.

She declined to name those groups, but said of the initiative members: “We have stood together.”

The changes came during the writing of the wilderness management plan, Richards said.

The major change was not allowing agreed upon motorized herding, Richards said.

“It was a key component,” Richards said.

Rick Johnson, executive director of the Idaho Conservation League, agreed that’s when changes came. He said the plan was written by the Bureau of Land Management.

“We supported continuing those grazing management activities that were occurring in the wilderness areas at the time of designation (2009),” Robison told the Argus in an email.

“There are no limits to grazing per se as part of the wilderness management plan. That issue is managed separately according to the BLM’s Standards and Guides and grazing permitting process.”

The Idaho Conservation League has been active in honoring agreements made in the Owyhee Initiative, Johnson said, echoing Richards’ remarks. He noted that some of those agreements are not reflected in the details of the management plan.

Robison said that’s because of Bureau of Land Management decisions.

Those BLM revisions included restricting motorized herding and there is a legislative process ongoing to clarify the intent of the initiative, Robison said.

For her part, Richards said the outside environmental groups put pressure to get the changes they wanted in the management plan — things not agreed to in the initiative — and some of those changes may have the effect of restricting such things as grazing, referring to the motorized herding issue.