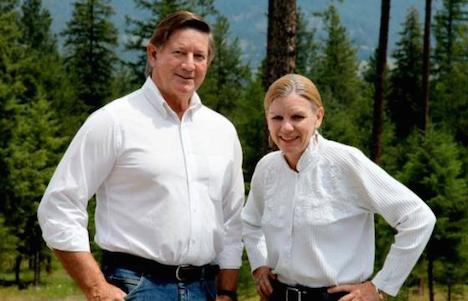 Montana Senator Jennifer Fielder is fantastic at what she does. She is extremely passionate about lands issues and is a true environmentalist. She recently attended the Western States Legislative Summit which was held on April 17-18, 2014 in Salt Lake City, Utah. The purpose of the Summit was to begin collaborations between western states to compel Congress to transfer title of public lands to the states. After the summit she released a press release on the summit and the importance of the transfer of public lands. You can view the original Op-Ed that was published in the Clark Fork Valley Press here or read  it below.

“Late last week leaders from numerous western states convened at the Utah capitol for discussions on transferring federally controlled public lands to the states. I joined the Montana delegation in the talks.
For some time now, states have been assessing the legal, economic, and environmental realities associated with assuming state control of public lands. Utah was the first in contemporary times to pass a Transfer of Public Lands Act in 2012.
Hawaii and all states east of Montana were as much as 90 percent federally controlled at one time. Today the federal government controls less than 5 percent of the lands within their boundaries. The federal government has held onto over 50 percent of the acreage in the west. The level of conflict that comes with Washington DC governance of western public lands has reached an all time high.
In a press conference covered by the A.P. Friday afternoon, Idaho Speaker of the House Scott Bedke said forests and rangeland managed by the states suffer less damage and watershed degradation from wildfire than lands managed by federal agencies.
“It’s time the states in the West come of age,” Bedke said. “We’re every bit as capable of managing the lands in our boundaries as the states east of Colorado.”
Comparison reports show states actively manage resources on millions of acres of public lands in a manner that perpetually generates revenues to fund public institutions while providing public access, wildfire protection, and meeting strict environmental regulations.
The forest service has been reducing access to federally managed public lands, allowing fuel loads to reach catastrophic levels, and losing money on resource management at an alarming rate since the early 1990’s. Today the bulk of the national forest budget is spent fighting lawsuits and wildfires, leaving as little as 10 percent to 20 percent for actual resource management.
The immediate urgency to better care for these public lands is becoming apparent even across party lines. In his address to the Western Governors Association last June, democrat Montana Governor Steve Bullock had this to say about federally managed lands in Montana:
“For those of us in the western states, you know, there’s a real high degree of frustration when it comes to management of our federal forest lands. In Montana alone the numbers are astounding. Since 2000, 6.3 million acres of Montana’s forests have been affected by the mountain pine beetle. 4.3 million acres of forest and range lands have been impacted by wildfire. The urgency is so apparent.”
Bullock continued, “Wildlife habitat has been degraded, watersheds are at extreme risk, endangering key fisheries and clean water. Fire danger is off the charts, threatening local communities and stifling recreation, to say nothing of the economies of our rural communities. We now can’t wait for the federal government, though, to figure out a solution. It’s up to us as westerners to really bring answers forward, which brings me back, to I guess, my experience as a member of managing Montana’s public lands. I think that model works well because there is a clarity of purpose, first of all. Secondly with 5 statewide elected officials managing these lands there is direct accountability for decision making.”
States and counties from all over the west are moving forward in a variety of ways to curtail the severe threats that have built up as a result of poor federal management over the past few decades. Earlier this month, Governor Bullock utilized a provision in the farm bill to nominate over 5 million acres of USFS lands in Montana for expedited treatment due to declining forest health and imminent risk to public infrastructure, health, and safety.
Unfortunately the tools offered in the farm bill came with no funding or guarantees it will succeed as advertised. Many western leaders now believe transferring federally held public lands to the states is the only solution truly big enough. The economic and environmental advantage of state based management has proven quite favorable on the millions of acres western states already manage.
States can better care for the lands, reduce wildfire hazard, provide multiple use access, boost funding for government services, respond to local desires, and bring good jobs back to the rural west.
For more info, you can reach me at www.jenniferfielder.us or email [email protected].”

Way to go Senator Fielder! Thank you for standing up for the lands in the West.