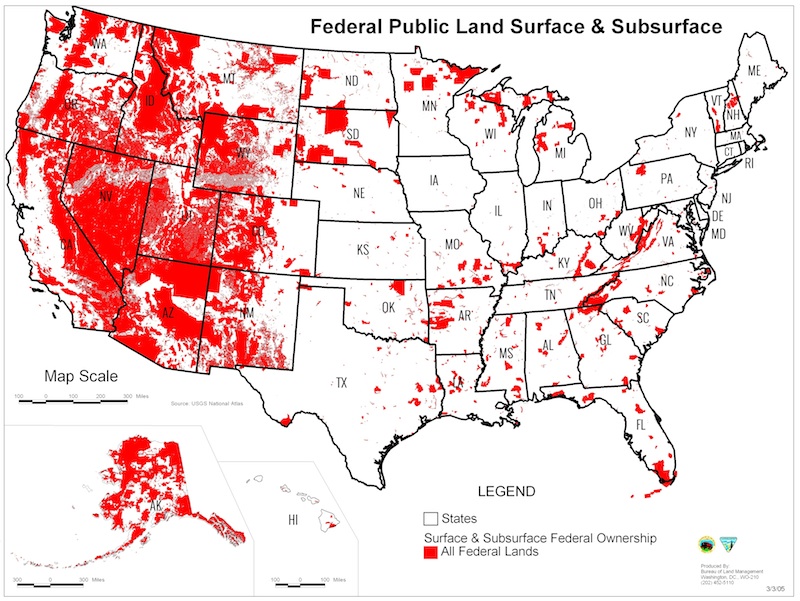 A senior congressional staffer once told me the federal government controls more than 66 percent of the lands in Utah because of polygamy. He pointed to half a sentence in Utah's statehood agreement ("Enabling Act") that "the people inhabiting the territory do agree and declare that they forever disclaim all right and title to the unappropriated public lands." He admitted he was not aware that the other western states - where polygamy was never an issue - have this very same language in their statehood enabling acts. He also was not aware that this same "forever disclaim" language is also in the enabling acts of states east of Colorado where the federal government did transfer title to their public lands.

Many claim these few words "forever disclaim all right and title" mean that Utah and the other western states just gave up the lands and the right to govern themselves for the privilege of becoming a state - albeit only a 33 percent state in Utah's case. There are several problems with this claim.

First, this argument wrongly supposes that Utah's founders had little regard for the fundamental rights our nation was founded upon. However, less than 20 years from statehood, the Utah Legislature was already demanding that Congress "return to the former liberal policy" and transfer the public lands "in conformity with the terms of our enabling act."

Throughout the 1920s, Gov. George Dern, D-Utah, traveled the nation educating and negotiating with federal officials for the transfer of our public lands. His efforts resulted in congressional hearings in 1932 for the purpose of "granting remaining unreserved public lands to the states." When federal bureaucrats hijacked the bill to transfer only the surface lands and have the federal government keep all the minerals, Dern and others in the western states rejected this less than half-hearted promise. It would "take out everything that is worth anything at all" and leave the western states with "nothing but the skin of a squeezed lemon."

Less than two years later, Congress passed the Taylor Grazing Act as a stopgap to temporarily manage the lands. The first line of the act provides that it was passed "to promote the highest use of the public lands pending its final disposal."

Second, from 1780 forward, congresses, presidents, and courts repeatedly declared that the federal government merely holds these public lands "in trust for the states ultimately to be created." Just as in states east of Colorado, the people of Utah agreed to "forever disclaim" title tot he public lands to the trustee of this trust, the United States, so that it would have clean and clear title to dispose of the lands faster and for more money.

Indeed, Utah's enabling act language is the same as North and South Dakota, among others where the federal government did transfer title to their lands.

For decades, states like Illinois, Missouri, Arkansas, Louisiana, and Florida had as much as 90 percent federally controlled lands. They also had similar "forever disclaim" enabling act language. They joined together and successfully battled to compel the federal government to transfer title to their public lands.

Utah is more than $2.5 billion below average in per-pupil funding for education because less of the lands in Utah are taxable. Failed federal policies are devastating forests, killing millions of animals, spewing billions of pounds of pollution into the air and have decimated watersheds for decades. This is not the case on private, state, and tribal forests. There are considerable abundant resources locked up in these federally controlled public lands. They can be responsibly utilized to create energy independence, good-paying jobs, and grow the economy locally and nationally.

The American Lands Council was formed by a multistate group of county commissioners to lead the charge for local control of our lands. Organizations around the state and nation have passed resolutions supporting the transfer of public lands as the only solution big enough. It is time we all started to ask ourselves this critical question: Why the Difference? We won't fall prey to ignorant or contrived arguments that only serve to increase federal control over our lands and our way of life.

Ken Ivory is a Republican state representative from West Jordan.

This article was originally published in the Deseret News on June 17, 2014.