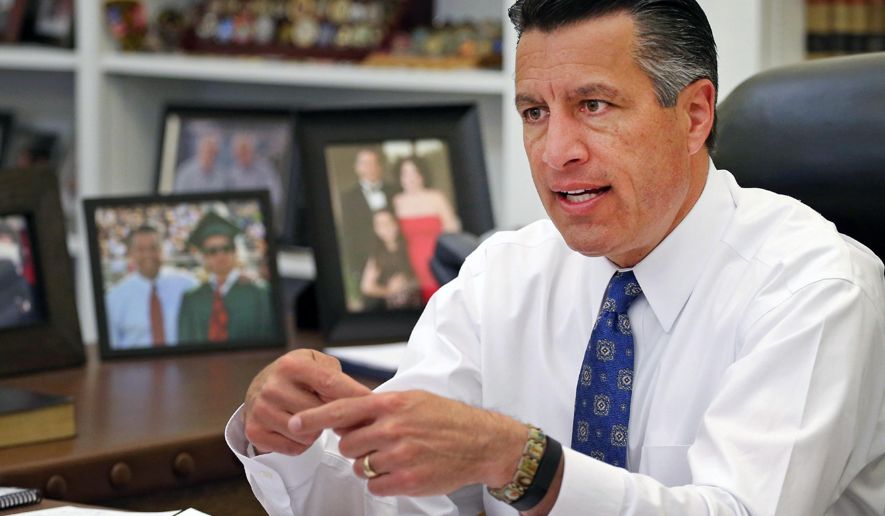 as published by Washington Times

RENO, Nev. (AP) - Nevada Gov. Brian Sandoval is considering legal action to force the U.S. Bureau of Land Management to pony up some money to pay for roundups of wild horses in the state that have been put on hold because of federal budgetary constraints.

BLM State Director John Ruhs asked agency leaders in Washington D.C. earlier this month to approve funding for a series of gathers in northeast Nevada’s Elko County where ranchers are being asked to curtail livestock grazing due to lingering drought.

The federal agency currently plans no large-scale roundups in Nevada this year because of budget shortfalls driven largely by the cost of housing more than 45,000 mustangs now in government holding facilities across the country.

The Republican governor in a statement Tuesday said the BLM has “underfunded the wild horse program for years.”

“For too long, Nevada has been forced to compensate for the federal government’s inability to manage these growing populations without the appropriate resources,” Sandoval said.

Nevada is home to nearly 28,000 wild horses - more than half of the 47,000 estimated in 10 western states, including Arizona, California, Colorado, Idaho, Montana, New Mexico, Oregon, Utah and Wyoming.

Sandoval said BLM’s latest estimates indicate there are more than 5,000 wild horses in a series of herd management areas in southern Elko County alone - three times more than BLM maintains is appropriate for that region.

Nevada Department of Agriculture Director Jim Barbee said ranchers could face anywhere from a 25 percent reduction to elimination of grazing altogether on federal lands in Elko County where they have permits to graze their cattle through the end of the year. He said those restrictions could have as much as a $1.8 million negative impact on Elko County’s economy.

Nevada Department of Wildlife Director Tony Wasley said many of the areas with the horses contain habitat critical to the greater sage grouse at risk of being degraded.