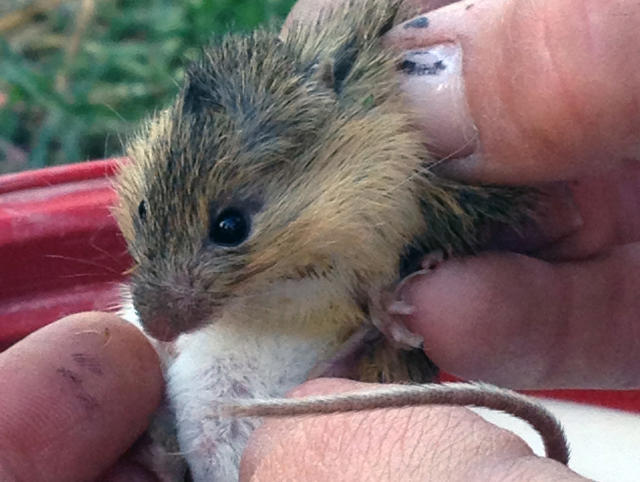 as published by The Albuquerque Journal

Nearly half of New Mexico’s Legislature is stepping into the fray between ranchers and the federal government over the fencing of riparian areas on national forest land to protect an endangered mouse found in three Western states.

The fencing is intended to protect habitat of the meadow jumping mouse.

The 50 lawmakers say the federal government has overstepped its authority and is trampling private property and water rights, some of which predate New Mexico’s statehood.

They recently sent a letter to state Engineer Tom Blaine asking that he use his authority as New Mexico’s top water official to stop the U.S. Forest Service from limiting access to springs, streams and other riparian areas. The letter was made public this week.

“We believe the taking of this private property is illegal; it is contrary to court decrees and decisions; and it is morally wrong,” the letter reads. “The incursions of the USFS must be stopped.”

The letter was signed by Republicans from across the state and some Democrats from rural districts.

Blaine confirmed Thursday that his office is investigating ranchers’ complaints about the federal actions.

“New Mexico continues to be concerned with federal mismanagement of public lands, and the impact it has on our farmers and ranchers and their livelihoods,” he said.

The Forest Service said there’s no plan to reduce livestock numbers on two affected grazing allotments in southern New Mexico and that cattle will have access to water outside fenced areas.

The agency has previously argued that it’s obligated under the Endangered Species Act to ensure the mouse is protected.

The Forest Service began ordering closures and installing fences in the Santa Fe and Lincoln forests in 2014 after the U.S. Fish and Wildlife Service listed the mouse as an endangered species.

The meadow jumping mouse, which depends on tall grass along streams and in other riparian areas, was first recognized as being in need of federal protection in 1985. It was placed on the waiting list in 1991 and again in 2007.

In March, federal wildlife managers announced nearly 22 square miles in parts of New Mexico, Arizona and Colorado would be set aside as critical habitat for the mouse, affecting the management of vegetation along 170 miles of streams throughout the region.

Federal biologists say 29 populations of the mouse have been documented in the three states over the past decade, and all are small and isolated. Nearly a dozen of the populations have been affected by drought, wildfire, flooding and grazing.

Some environmentalists have described the mouse as one of the most endangered mammals in the nation.

In their letter, lawmakers suggest federal officials are targeting ranchers and their cattle since the closures wouldn’t affect other hooved wildlife – deer and elk – that’s plentiful in the forested areas.

“The USFS is not protecting the mouse; clearly, it is using its own definition of ‘habitat’ written and defined within the agency as a method to seize water and exercise power over the allotment owners without any restitution,” the letter says.