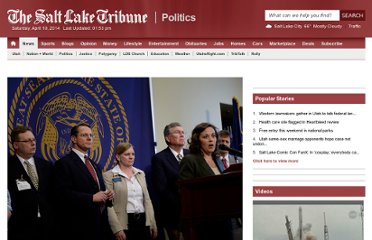 Now it's time to make this the No. 1 issue in the 2016 presidential campaign because its the only solution big enough to address national prosperity -- debts and deficits, near complete dependence on China for rare earth minerals critical to national security and renewable energy and electronics technology, and an out of balance state-federal governing partnership. Let's help the federal government focus on doing well those things that only it can and should be doing - like world peace and a sound monetary system - and leave local land use issues in the west to those whose lives and livelihoods depend upon the wise, long-term stewardship of their lands.

Canada has already been cooperating in good faith and transferred land, water and resources to the local provinces and territories. Canada knows that when decisions about land and resources are made by those closest to the matter, you get a better decision.

Why should our federal government allow Canada to outdo us on own fundamental principles of freedom, the right and control of property, and self government?

Like the American Lands Council Facebook Page and make sure your local, state and national representatives have the knowledge and courage to battle for the only solution big enough.