Opponents to the Transfer of the Public Lands love to use the phrase "land grab" when referring to those who simply want Congress to keep their promise to dispose of the public lands into the hands of each willing western state, as was promised in each Enabling Act. They use this phrase to imply that there is selfishness, greed or power at the heart of the Transfer of Public Lands movement. They use it in hopes that you will never actually learn about the facts surrounding the western lands.

The Institute on the Constitution has created a very educational and interesting video that reveals that the only land "grabbing" going on is by the federal government, which seems to be taking over millions of acres, fist over fist, as fast as they can repay their political favors. This endless pattern of taking lands from the states is destroying more and more of our states' sovereignty and ability to self-govern. The inevitable consequences of this true land grab is that western states have lost much of their ability to protect the health, safety and welfare of the people.

Pastor David Whitney testifies regularly before legislators and educates all over the nation on the nature of the constitution in America and the responsibility our state officials have to erect barriers against the encroachment of the federal government into areas where they have no constitutional authority.

In this short excerpt, Pastor Whitney discusses the plight of the western states in their efforts to compel the transfer of the public lands, and thereby restoring their sovereignty and the ability to care for their people on equal footing with all other states. Please take a few moments to watch this short clip and do what you can to join us in our efforts to unify all states, helping them stand up for the only solution big enough to protect our environment, educate our children and restore the constitutional balance upon which our freedoms rest. 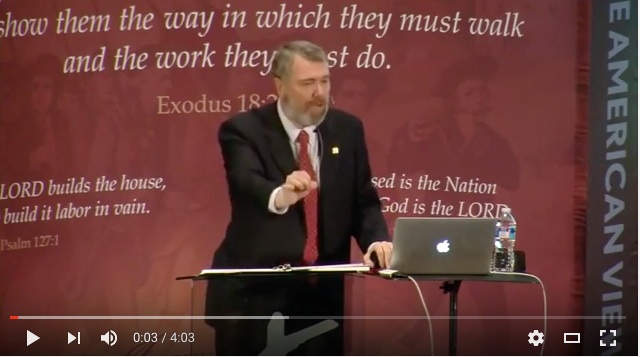 The entire video presentation by The Institute on the Constitution lasts 1hr 17min and is well worth the time. To view the entire presentation, click HERE. This video and others can be purchased at http://store.iotconline.com/federal-land-grab-pastor-david-whitney-(april-2011)/dp/193