Take a close look at this map: 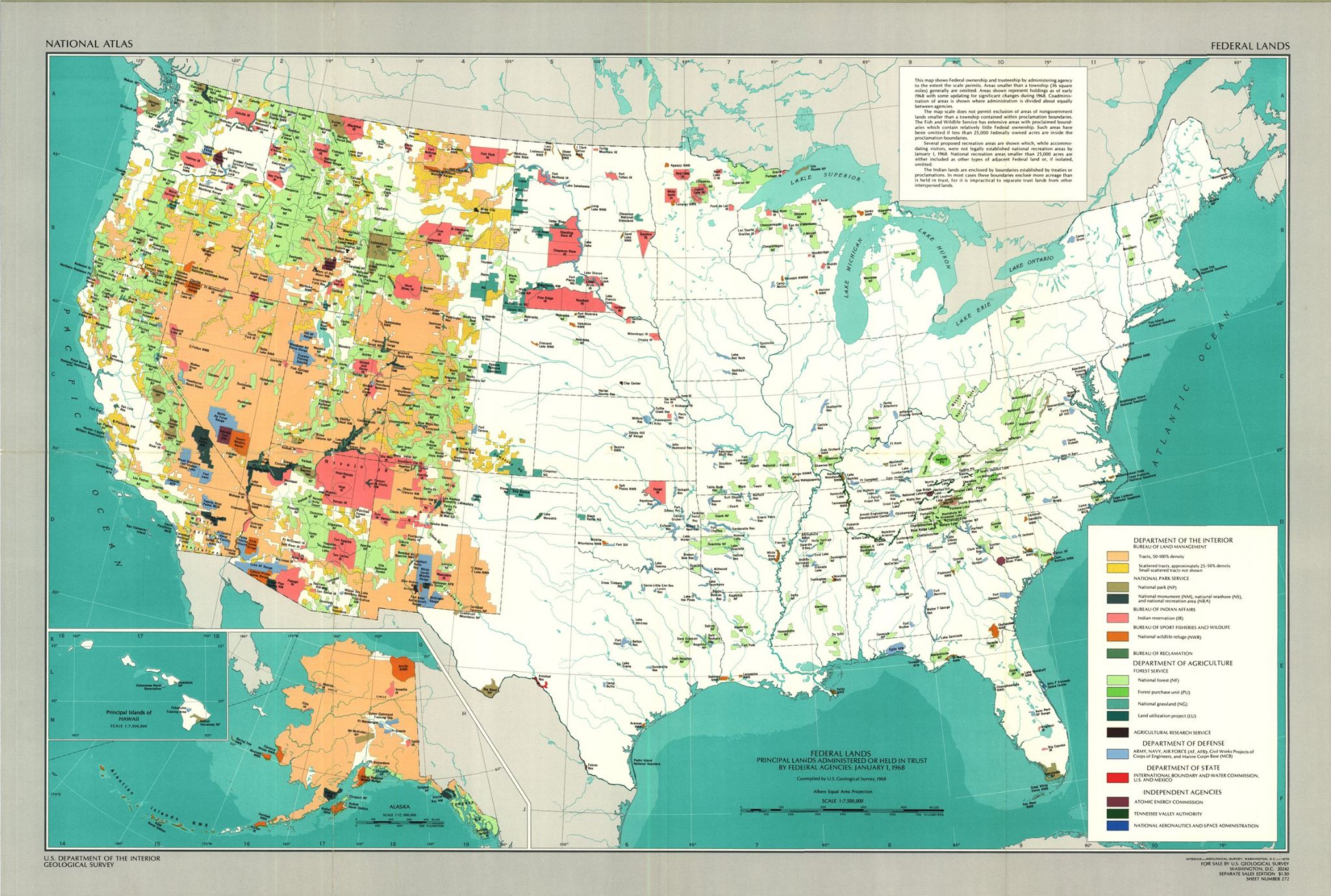 Undoubtedly, you've seen maps like it before. It is a map of the lands claimed by the federal government of the United States of America. And, undoubtedly, you can see that there is a huge discrepancy between the lands east of Colorado and those west. You may have even thought about the huge financial hardships that this map represents for American citizens of the West, or the lack of access all Americans deal with when trying to enjoy our "public" lands.

In the past few years, you may have become aware of how the federal mismanagement of their lands has resulted in chronic catastrophic wildfires which have polluted the air, burned millions of animals senselessly, and destroyed the watershed for generations. You may have learned about how Congress uses their power over the West to extort votes from western legislators at the expense of every American.

This map was provided by the Department of the Interior as a representation of the lands controlled by the federal government in 1968! Over 47 years ago! And did you know that the very FIRST "Wilderness" area designated by the federal government happened in 1968! And since 1968 more than 108,916,684 acres have been designated as "Wilderness" and that number is growing rapidly. This massive overreach of federal power has left westerners in the dire situation they now find themselves in.

What about your state? How many acres of Wilderness or Monuments have been created since 1968? Do you have better access to your public lands...or worse? Are your forests healthier since 1968...or dying by the thousands of acres? Is your state in a better financial condition than it was in 1968...or is it struggling? And last but not least, which of your elected officials are fighting for your state's sovereignty and well-being by stemming the tide of federal control over your lands?

Elections are just around the corner and most candidates for office realize that the Transfer of Public Lands is a very important topic on this election's platform. Many will say the right things. But I encourage you to do your homework. If they have already been in office, what have they done to protect your state, rather than bow to the federal government every time they grab another chunk of land? If they have never been in office, do they truly understand the principles of local land management? Will they stand strong to defend the Constitutional rights of your state against the onslaught of federal overreach?

Or will they bend with the wind of "compromise", more worried about the next election than the welfare of their people?