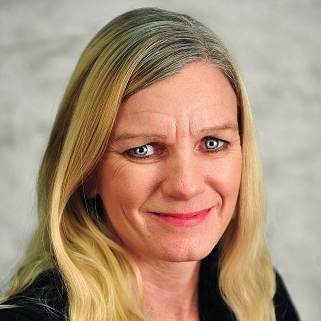 In response to confusion caused by certain environmentalists that claim our public lands would be “sold to the highest bidder” if federal lands are transferred to the states, leaders of the Transfer of Public Lands (TPL) effort from all western states recently gathered in Salt Lake City, Utah to set the record straight.

State and local elected officials representing hundreds of thousands of Americans convened with leaders of public land user groups and a variety of experts at a national convention of American Lands Council (ALC) Oct 7-9, 2014 to officially define goals for transferring some federally controlled public lands to willing states.

The resulting public policy statement (attached) was ratified unanimously to make it clear the focus of shifting to state based public land management is centered on providing better access, health, and productivity on public lands while maintaining public ownership of the lands and protecting existing uses.

All involved agreed to exclude existing National Parks, Indian Reservations, Military Posts and congressionally designated Wilderness areas from the requested transfer, instead focusing the effort on the need to improve access, health, and productivity on general forests and grasslands currently under control of the U.S. Forest Service and Bureau of Land Management.

There’s substantial evidence supporting the viability of state public land management -- too much to list here. But I will point out that western states, including Montana, already successfully own and manage millions of acres of state public lands, employing responsible natural resource management and providing a variety of beneficial uses and good jobs, while enhancing wildlife habitat as well as recreational and hunting opportunities, and funding state and local government.

In sharp contrast, increased federal control and failing federal policies have resulted in steady declines of access, health, and productivity on federal lands as well as diminishing payments to state and local governments.

Let’s not forget that it is the federal government that is in dire debt and, as such, has the most motivation to sell the lands and reduce federal payments in lieu of taxes that many rural counties rely on.  And Congress has unilateral authority to sell the land without state consent.

Furthermore, statehood Enabling Acts require 95% of any funds generated by sales of federal lands to be deposited in the national treasury, leaving states with little to gain by selling the land. States would do far better by keeping the lands in state ownership and managing them efficiently to boost our natural resource, recreation, and tourism economies.

Unfortunately, some public officials, candidates, and organizations, including the Rocky Mountain Elk Foundation, have taken a position against the land transfer, seemingly based on the “sell off” rhetoric promulgated by certain environmental lobbyists instead of hearing the facts from credible leaders most knowledgeable on the subject.

Elected officials such as myself who have been intensely studying this issue and representatives of the American Lands Council are available to meet with interested organizations and public officials to fully explain the economic, environmental and legal evidence favoring state management, as well as answer questions, hear ideas, and work collaboratively toward meeting the objectives identified in the Public Policy Statement, below.