Recently, an east coast political hit squad who call themselves 'Campaign for Accountability' (CfA), released an article in which their Executive Director, Ann Weismann, regurgitates multiple lines of rhetoric that are not new in the public lands debate, but are no closer to the truth than the first time they were hatched. Fortunately, lies told repeatedly are still just lies and the truth can be proven with facts.

According to Weismann, the Transfer of Public Lands (TPL) to the states is a "patently unconstitutional cause" and we must STOP talking about it! Last year her group even went so far as to file claims of fraud against leading TPL spokesman Ken Ivory to stop our efforts to educate and organize the Transfer of Public Lands movement. Did she mention these frivolous claims were dismissed in every state in which she attempted these Stalin-like suppression of speech maneuvers? No, but she did get headlines in 58 newspapers the day she filed the claims, so her real objective of "aggressive messaging" continues to be the pattern.

The truth has never stopped Weismann and her allies from pushing their deceptive rhetoric. For example, their primary "legal evidence" for opposing TPL is a few low tier lawyers with very limited expertise on the subject. Opponents of TPL conveniently forget to inform their readers of the many legal white papers, law reviews, and independent studies of Constitutional law, Statehood agreements, and Supreme Court cases that validate the States' rights to govern the lands, resources, and people within our own boundaries (see HERE, HERE, HERE, HERE, and HERE for a few examples). Opponents don't want you to know about the legitimate findings of the nation's foremost experts like Ronald Rotunda, who is considered the Michael Jordan of constitutional law. They don't want you to know about the Official Legal Analysis commissioned by the State of Utah in which Rotunda and a highly credible team of co-authors show the transfer of federally controlled public lands to the states is completely constitutional. 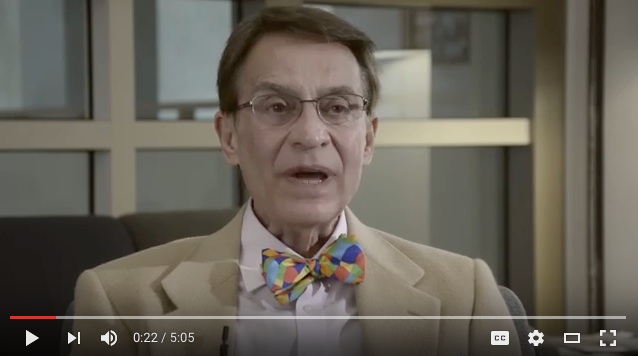 Rotunda's works have been cited more than 1,000 times by state and federal courts at every level, from trial courts to the U.S. Supreme Court, yet Weismann and other opponents never cite him. Is there any wonder why?

Because opponents have no substantive arguments against TPL, they typically resort to deception. For example, Ms. Weismann claims that Ken Ivory is running around trying to "drum up support" for the Transfer of Public Lands. In reality, Ken is continuously invited to speak at major events because of the very fact that so many people are already supportive of the Transfer of Public Lands and want to know more about it. In fact, a growing number of Americans hunger for these true principles of freedom upon which our nation was founded and upon which the sovereignty of the states and the balance of powers in our nation are hinged. Rather than being "unsuspecting victims", as represented in Ms. Weismann's rhetoric, people all over the nation are seeking greater understanding of these very issues that so profoundly affect our lives and livelihoods.

In another tall tale, Weismann and company like to assert that Ken Ivory started the American Lands Council, as if he did so to get rich. Another false claim. ALC was founded by county commissioners in the West, who then asked Rep. Ivory to be their spokesperson and educate the surrounding states concerning the history of the public lands and the legal responsibilities of both Congress and the states concerning the matter. People like Weismann howl about Mr. Ivory's salary but fail to mention they make far more! Pot...meet kettle.

For example, according to 2014 tax records (see page 7), Ann Weismann took over $196,000 in compensation from the "non profit organization" CREW, while Executive Director Melanie Sloan took over $252,000. Their Senior Counsel took over $152,000. And they are making an issue over ALC's President giving up his successful law practice to earn $135,000 a year (see page 7)? The opposition groups pay more in fundraising fees than ALC has ever paid its top executives! (see page 1, 16b) We have yet to see what pay raise Ms.Weismann has received from her new found "non profit organization" because to date, she has declined to release CfA's 2015 financial records. What kind of "accountability" is that? With foreign billionaire George Soros likely footing the bill, our opponents seem to be able to pay themselves very handsomely to weave their web of deception.

Paid critics like Weismann also like to point out that Mr. Ivory's salary was nearly half of ALC's budget. This might be a big deal if ALC's budget came anywhere near the $2.8 budget of Ms. Weismann's 2014 employer, but is hardly cause for alarm in the case of ALC's very modest budget which averages less than $300,000 per year. Opponents like Weismann neglect to mention that we paid half of our budget to our lead employee because American Lands Council is an educational organization, and Mr. Ivory was our primary educator in addition to handling a full load of administrative functions. The American Lands Council does not throw money away on meaningless extras. We put our membership-based income into giving knowledge and courage to elected officials and those who choose them...precisely what our members are relying on us to do.

In another attempt to suppress the truth, Ms. Weismann points out that her organization "released dozens of emails showing how Ivory used his legislative email account to promote ALC". What she neglects to point out is that her organization reviewed more than 5,000 emails from Mr. Ivory's state email account through a Government Records request, and requested all communication records from every organization throughout the west in which Mr. Ivory may have communicated over the past six years that he has been in office. The result of this witch hunt was nothing more than 23 random emails -- over a 6 year period -- which were sent from Ken's legislative email address simply because it is the account which the recipient had used to contact him. In other words, he received an email related to the work of the American Lands Council and hit reply instead of switching to another email account, and for this CfA wants him locked up! By the way, each of the emails is public and none show any wrong-doing or dark motives.

Last, but certainly not least, Ms. Weismann and friends always try to tie Ivory and the American Lands Council to outside groups, claiming that Ivory is responsible for "anti-government militants, such as those who took over Oregon’s Malheur National Wildlife Refuge". This is another desperate attempt to distort the facts. It is the actions of the federal government that has incited these types of uprisings not ALC. In fact, ALC and Ivory have both repeatedly expressed the need for legal and constitutional avenues of resolving the issue of our public lands, and have never advocated any means of freeing our lands from federal bureaucracy in any way other than through civil legislative and judicial paths. This is and remains our true aim, and because we are on target, we are taking flack from those who can not muster legitimate arguments against our goal of significant reforms in how federally controlled public lands are administered.

It is an age-old truth that when people cannot stand on facts, they will turn the debate into an attack on character. We encourage all to do their own research. Do not fall for the scare tactics of opposition groups likely more concerned about the continuation of their own salary than promoting the truths and freedoms that would benefit us all.