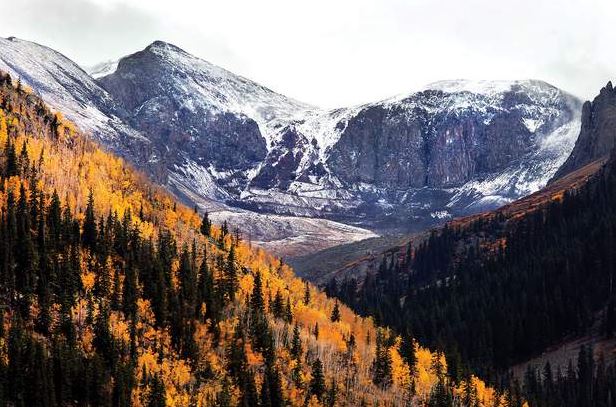 A reconfiguration of Bureau of Land Management district lines in Colorado has roused San Juan County officials, who fear the new arrangement will hinder access to the federal agency.

In an effort to create equity among Colorado’s three BLM districts, jurisdiction over San Juan County will transfer from the Tres Rios field office to the Gunnison field office.

The change takes effect Oct. 2. The restructure will place the Alpine Loop – a recreational network of 14,000-foot peaks and trails between Silverton and Lake City in Hinsdale County – entirely within the Gunnison field office.

“It’s such a tremendous natural resource, so we think managing it out of one field office makes a lot of sense,” said Steven Hall, spokesman for the BLM state office in Denver.

But in a May 20 letter to State Office Director Ruth Welch, San Juan County Commission Chairman Ernie Kuhlman wrote that the governing body is disappointed with the lack of communication about the change, and that topography will thwart San Juan County’s accessibility to the BLM offices.

“San Juan County is very concerned that this proposed change will place an increased burden on the community while decreasing service,” Kuhlman wrote. “Ten hours of driving or a trip over Red Mountain Pass in the winter prove to be a strong deterrent.”

The redistricting comes as San Juan County is in the throes of planning for Superfund, a process tied to federal agencies.

Hall said the realignment was an internal staffing decision in the hands of management, not the public.

“There is a concern that somehow by changing the district boundary, it will make it difficult for the people of San Juan County to interact with BLM leadership,” Hall said. “They will not see a decline in quality of service, and like with most counties, we’re happy to come to them.”

Hall said there is no official process for notifying the public, but information about the change was leaked prematurely and inaccurately. He added that San Juan County officials will be able to maintain relationships with the same BLM officials.

But the Colorado delegation stands behind the locals on this.

“Our office has heard significant concerns from local elected officials about the redistricting and its effect on San Juan County,” said Erin McCann, spokeswoman for Sen. Michael Bennet’s office. “We’ve spoken with BLM leadership in Colorado to ensure they’ve heard those concerns. We always prefer that this kind of public land management decision is crafted with local input. We have asked the BLM to work directly with communities on this matter to explain their plans and receive feedback.”

Citizen and environmental groups routinely in contact with the BLM, such as the San Juan Citizens Alliance, also see the realignment as a problem. Because water management is critical to the arid West, federal land mapping has shifted in the past couple of decades where boundaries cater to watersheds, said Jimbo Buickerood, lands and forest protection program manager for the group.

A meeting with the state office will follow in July.

“We’re being told it’s a done deal, but we never had the chance to interact with officials,” County Commissioner Pete McKay said. “According to the BLM, they have no obligation to do that, but we all have a really big stake in this.