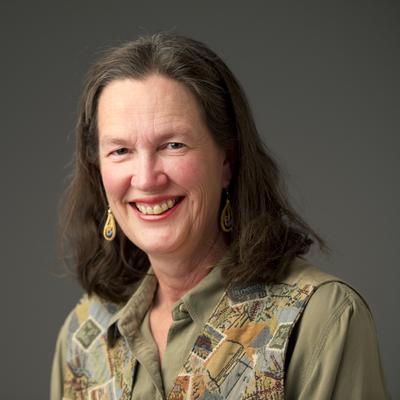 Columnist for the Spokesman Review

Transferring federal lands to the states became uncommon after the first 38 states joined the union, but the habit didn’t become law until the 1976 Federal Land Policy and Management Act.

A congressional policy that changed once can be changed again.

Each statehood act established clear titles for unclaimed lands to the federal government to hold in trust for disposition. The intent was to sell or transfer land to the states. Limiting federal land ownership was highly valued in the early years of nation building. Memories of colonial treatment by a disconnected monarch several thousand miles away were fresh in the minds of a young nation.

Those memories have faded. The urgency of federal land policy issues is hard to grasp if you don’t live it, but residents in many city neighborhoods should be able to relate.

When the proportion of rental properties to owner-occupied homes in a neighborhood is too high, the neighborhood starts to decline. Tenants just passing through fail to make connections in the community.

Even long-term tenants are at the mercy of their landlords, who may be unaware of neighborhood needs.

Rural counties also deal with absentee landlords, and the most troublesome is the federal government. Federal land ownership in Washington state is 28.5 percent, which is low compared to most Western states. In our rural counties, the percentage may be as high as 80 percent.

The imbalance shows in the economy. The Tri-County Economic Development District estimates the total of all public lands in Ferry, Stevens and Pend Oreille counties at 75 percent. The largest share is the Colville National Forest. No matter how well-intentioned the current tenants representing the U.S. Forest Service, their local decisions always are overshadowed by the priorities of the landlord back in Washington, D.C.

The modern Payment in Lieu of Taxes program was part of the land policy negotiations in 1976, recognizing the economic impact of federal ownership. It is rarely fully funded. Imagine if 75 percent of Spokane County was owned by an absentee landlord who decided each year how much of its property taxes to pay. Rural counties like Pend Oreille rely on lobbyists to plead their cause in Washington, D.C., to people who’ve never set foot in the forest. Local ownership means accountability to the people through the ballot box and direct access to decision makers.

This landlord-tenant dispute has become a legal smack-down between the American Lands Council and a self-appointed watchdog group called the Campaign for Accountability. Anne Weismann, an attorney and executive director for the campaign, recently contributed a guest opinion piece to The Spokesman-Review.

The ALC has hired a distinguished legal team to prepare the case for federal land transfer, led by professor Ron Rotunda, an internationally recognized legal scholar who has written textbooks on constitutional law cited in Supreme Court decisions. Rotunda has laid out the constitutional case for transfer of federal ownership to willing states and counties.

Under the Enabling Act of 1889, 95 percent of funds generated by a sale returns to the federal government. The states have no incentive to sell land into private hands. There is every incentive to manage wisely for the good of the public through our own Commissioner of Public Lands.

The case is built on the work of Sen. Thomas Hart Benton of Illinois, who fought for 30 years to release his states and others in the “West” from federal dominance. Illinois was once 95 percent federal land. Now it’s 1.1 percent. Change can happen.