Tale of the West and beyond: Where laws end, tyranny begins 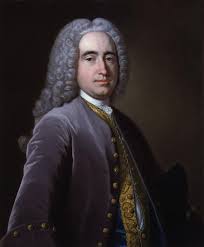 Englishman Bill Pitt, who died in 1778, and Nevada cowboy Grant Gerber, who moved on last month, had the same burr under their saddles. They believed tyranny begins where the law ends.

Most Americans, I am sorry to say, probably haven’t heard of either of these men.

Let me help rectify that.

Gerber, 72, was an Elko County Commissioner and a lawyer who dedicated his life to fighting federal agencies he believed unfairly twisted or ignored the law to crush little guys trying to eek out a living, such as ranchers. Most recently, he organized a coast-to-coast horseback ride called the Grass March Cowboy Express, based on Mohandas Gandhi’s Salt March of 1930.

Gerber’s protest ride, which used the slogan “Regulation Without Representation,” started in Bodega Bay, Calif., and headed to Washington, D.C., in 5-mile relays.

Cowboys on horseback carried a satchel of petitions and resolutions from a number of Western counties venting complaints about federal management, from sage grouse oppression to capricious BLM grazing rules to the senseless closing of roads on public land.

Along the way, in Russell, Kan., on Oct. 7, Gerber’s horse stumbled over a prairie dog hole and fell. Gerber appeared to be fine, finishing the ride to Washington, D.C. But after complaining of headaches on Oct. 22 in Wyoming, he underwent surgery Oct. 23 in Salt Lake City and died on Oct. 25.

Suddenly, a defender of liberty and a conscience for Nevada’s wide-open spaces was gone.

If there is such a thing as goodness — and I think there is — I imagine Grant Gerber getting to know Bill Pitt. They died 236 years apart, but I have a feeling they’d be kindred spirits with plenty to talk about.

Bill was known as “The Great Commoner” because he eschewed the trappings of British title until late in life, when he became William Pitt the Elder, the Right Honorable First Earl of Chatham.

Pitt was a loyal British citizen who ultimately served his country as prime minister.

But he came to be loved by Americans because he was one of the few who stood with the colonies when they complained of taxation without representation.

You don’t hear much about him these days, but he delivered one of the more famous speeches to Parliament. On Jan. 14, 1766, he rose to respond to colleagues who opposed his advocacy for the colonies, which he admitted could be royal pains in the arse now and again.

Personally, he said, he rejoiced in America’s resistance to unfair taxation. “I have been charged with giving birth to sedition in America. … Sorry I am to hear the liberty of speech in this House, imputed as a crime.

“The gentleman tells us, America is obstinate; America is almost in open rebellion. I rejoice that America has resisted. Three million of people so dead to all feelings of liberty, as voluntarily to submit to be slaves, would have been fit instruments to make slaves of the rest. …

Stirring stuff at the time to American colonists.

But Pitt’s words ultimately fell upon deaf ears and, 10 years later, well, we all know the rest of that story.

I hope Grant Gerber’s satchel of complaints does not also fall upon deaf ears. That would be a shame, because citizens have a right to know why the Bureau of Land Management has become militarized.

Since when is the highly debatable issue of climate change sufficient to, at the drop of a hat, drive ranchers from their legal grazing allotments?

How much more “wilderness” do we really need, assuming it is not a tactic to separate Western states from economic gain from ranching, hunting, mining and oil exploration?

And how is it that regulations intended to protect endangered species become hammers in search of a nail on Western lands?

Where laws end, William Pitt said, tyranny begins. Tell him all about it, Grant.

Sherman Frederick, former publisher of the Las Vegas Review-Journal and member of the Nevada Newspaper Hall of Fame, writes a column for Stephens Media. Read his blog at www.reviewjournal.com/columns-blogs/sherman-frederick.

This article was published in the Las Vegas Review-Journal.