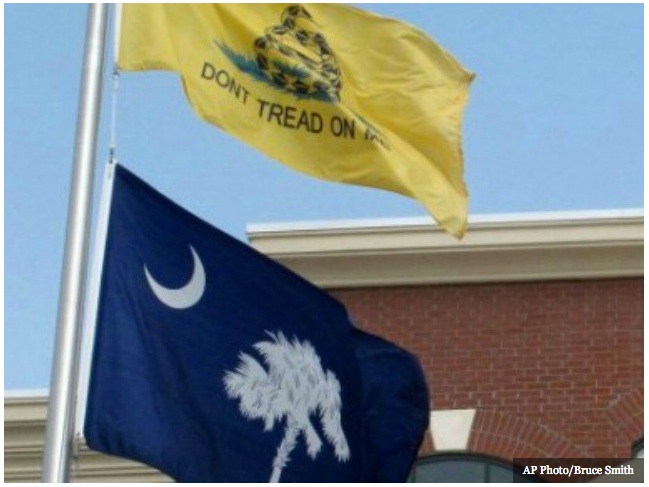 "We in the East are tired of paying billions of dollars for the federal government to mismanage federally controlled lands in the West," says South Carolina State Representative Alan Clemmons.

In 2013, the South Carolina Assembly passed a resolution “to express support to the western states of the United States of America and the federal transfer of public lands to the western states, and to urge the United States Congress to engage in good faith communication and cooperation to coordinate the transfer of title to the western States.” Representative Clemmons sponsored the resolution, which makes a persuasive economic, historical, and constitutional case for the federal government to honor the same statehood terms to western states regarding the transfer of public lands that it already kept with all states east of Colorado.

Western states are currently battling to secure control of the federal lands within their state borders, just like Illinois, Missouri, Louisiana, and their neighboring states did decades ago when the federal government controlled as much as 90% of their land.

The federal government still controls more than 65% of all lands within the borders of the state of Utah. In 2012, Utah initiated the battle for the transfer of federal lands with the passage of HB148, the Transfer of Public Lands Act (TPLA). Under TPLA, federal public lands become state public lands for multiple uses and sustainable economic yield with local planning and stewardship. The TPLA expressly excludes transfer of national parks, military bases, Indian reservations, and other heritage sites. The legislation also called on the federal government to work with Utah in good faith for the orderly transfer of all other federal lands by December 31, 2014. Not only did the federal government fail to cooperate by this date, it is currently seeking to bring even more land under its control.

Under increasing federal control over western lands, access is restricted, the health of the lands is diminished, and the productivity of the lands is depressed. Leading the charge in the movement to reverse this injustice is the American Lands Council (ALC), a non-profit organization of counties, cities, individuals, organizations, and businesses. The goal of the ALC is to secure better access, better health, and better productivity through the transfer of federal lands to willing western states for local control and stewardship.

South Carolina’s resolution calls into question the federal government’s failure to treat western states on terms of equality with states east of Colorado. It points out that all newly created states east and west have the same statehood terms for the transfer of federal lands.

South Carolina knows it’s a double standard for the federal government to control more than 50% of all lands in western states (more than 80% in Nevada), but less than 5% on average of the lands east of Colorado. In 2013, the U.S. Supreme Court reaffirmed the longstanding doctrine that “the constitutional equality of the states is essential to the harmonious operation of the … Republic” and that “our nation was, and is a union of states, equal in dignity, power and authority.” Does federal control over 50% of western states’ land seem “equal in dignity, power and authority”?

South Carolina knows that those whose lives and livelihoods depend upon the wise, long-term stewardship of their own lands and resources are apt to be better stewards than a deeply indebted federal government entrenched in conflicts around the globe. Distant, unelected, and unaccountable federal bureaucrats should not be controlling western states and their lands in the first place. When decisions regarding lands and resources are made by those closest to the matter, you get a better decision. Even the Canadian government understands this simple truth. It has been transferring control of its western lands to its provinces and territories over the last decade.

South Carolina knows that liberty cannot exist—therefore, life has no real meaning—without the right and control of property.

South Carolina knows that unreasonable federal policies result in devastating wildfires, which send millions of forested acres in the west up in smoke each year, killing millions of animals, and decimating watersheds and habitat for decades.

South Carolina knows there is more than $150 trillion dollars in mineral value locked upin federally controlled western lands, including more recoverable oil than the rest of the world combined. In a country with a spiraling debt of over $18 trillion dollars, the transfer of public lands to local control is the only solution big enough—not just for western states, but for the nation as a whole.

South Carolina knows that all it takes to halt environmental degradation and unleash stifled economic opportunity is for more eastern states, and Americans everywhere, to speak up for “the constitutional equality of the states [that] is essential to the harmonious operation of the [R]epublic.”

If your state knows what South Carolina knows, be a part of the only solution big enough.Sign the petition and encourage your state to join with South Carolina and pass a similar resolution to “urge the United States Congress to engage in good faith communication and cooperation to coordinate the transfer of title [of federal lands] to the western states.”

Ken Ivory is a Utah State Representative (District 47) and the president of the American Lands Council. The American Lands Council is leading the charge for the only solution big enough – the transfer of federal lands to willing western states for better access, better health and better productivity.  For more information seewww.AmericanLandsCouncil.org or email [email protected].

This article was originally published by the Breitbart News Network on January 26, 2015.