Time Is Running Out For N.M. Forests 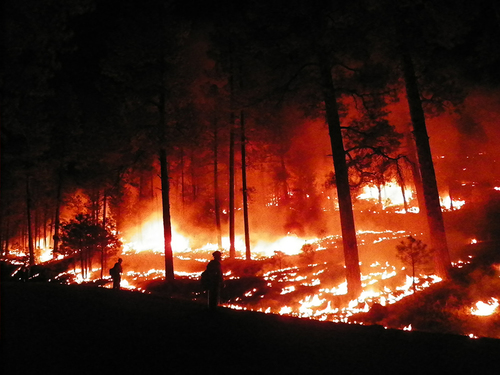 Letter to the Editor Regarding Wildfires in New Mexico

I am the attorney who wrote the Otero County Resolution that soon morphed into Senate Bill 1 referenced in the recent Albuquerque Journal editorial, "If trees burn in a national forest, will the feds listen?" It was enacted by New Mexico back in 2001 to abate the continuing risk of catastrophic forest fires in New Mexico. Tragically, now 15 years later, nothing yet has been done by the federal government to adequately address the issues that led to that legislation even back then... and the catastrophic fires only continue.

The principle upon which the legislation was based was very simple. A sovereign’s authority over the citizens placed under its jurisdiction is (or, at least, should be) dependent upon that sovereign's fulfillment of its primary duty to protect the property and lives of those citizens ... and when that sovereign fails to fulfill that duty, the authority they had must pass to a sovereign that is willing to do so. In short, if the federal government fails to prevent wildfires that threaten the lives and property of people in New Mexico, they should at least allow New Mexico the right to take the actions necessary to do so.

Of course a lower federal court will side with the federal Forest Service in this debate. But that doesn't mean it shouldn't be taken to the Supreme Court, nor that the federal government should escape liable for the costs of the catastrophes they continue to impose upon the citizens of New Mexico.

Recently we had the fire in the Manzanos. Foreseeably, one of the next ones that could be catastrophic will be on the backside of the Sandias where the forest overgrowth exceeds any rational explanation on the part of the Forest Service.

The people of communities like Cedar Crest should bear this in mind ... preferably now, when action can still be taken, than later, when it very well may be too late.

My only remaining questions at this point are: (i) are Martinez, Heinrich, Udall, Pearce, Lujan, and Grisham listening?; and (ii) if so, what are they doing about it? Hopefully more than New Mexico's elected officials over the past 15 years.

© 2016 Clifford C. Nichols. Cliff Nichols is an attorney licensed to practice law in both California and New Mexico. He may be contacted at cnicholslaw.com.