So far, 2017 has seen a great deal of activity in Western states around the issue of the transfer of federal land to willing states.  Many western state Representatives and Senators have introduced legislation to consider and study the possibility.

In Montana, two proposed (joint) resolutions were introduced in opposition to the idea but were roundly rejected by the House and Senate committees in late February. Utah’s HB407 would set up a framework in the state to keep public lands public.

At the national level, in January the U.S. House made a simple change in its procedural rules that will facilitate bringing public land management closer to home. Currently, there are discussions of the budget for the federal government’s 2018 Fiscal Year.  In his comments on the budget, Rob Bishop, Chairman of the House National Resources Committee, stated “It is time to reconsider how the federal government can be more responsive to the needs of the nation’s counties and provide for them a greater say over how these lands in their backyards are managed.” (Bishop’s remarks are well worth reading.)

As a result of all this positive activity, news media outlets have also raised doubts about the motivations and potential outcomes of the Transfer of Public Lands (TPL).

As outlined in its public policy statement, the American Lands Council advocates the transfer of ordinary public lands to willing states: NOT wilderness areas, NOT national parks, NOT monuments, NOT areas of special concern, and NOT Indian Reservations.  Once transferred, these transferred lands should be retained as public lands. (As an aside: Watch this video of green groups who oppose legislation to keep public lands public.)

Here are responses to some of the questions arising from recent media discussions:

Who supports the TPL?

ALC'S RESPONSE: The people most eager for change are in America's communities and counties surrounded by federal government lands, which have become increasingly unhealthy, unsafe, inaccessible and unproductive. They want to experience the benefits of good stewardship combined with more local accountability. Around the country, a growing movement of people understand that this is a much needed change of course.

Over recent months an artificial dissent has been stirred up by well-funded and well-heeled green groups whose vested interests fundamentally are at stake in this debate. Subjecting current federal lands to more state and local control would diminish their influence. So they continue to advocate the status quo, with hardly any constructive solutions to bring to the table. They seek to marginalize anyone who might have a different view or experience.

ALC's RESPONSE: The U.S. federal government has proved to be a distant, unaccountable, archaic and inefficient landlord. Green groups have targeted its land management agencies with a persistent combination of regulation, frivolous lawsuits and other litigation, lobbying and intimidation techniques. Their "lock it up" agenda has become the default approach to policy, rather than the idea of "multiple use".

Consider the US Forest Service, which acknowledges that at least one-third of its own lands are in desperate need of treatment. Catastrophic wildfire (CW) is a real and imminent threat on those USFS lands, because mismanagement and lack of due care has caused fuels to become unnaturally dense. 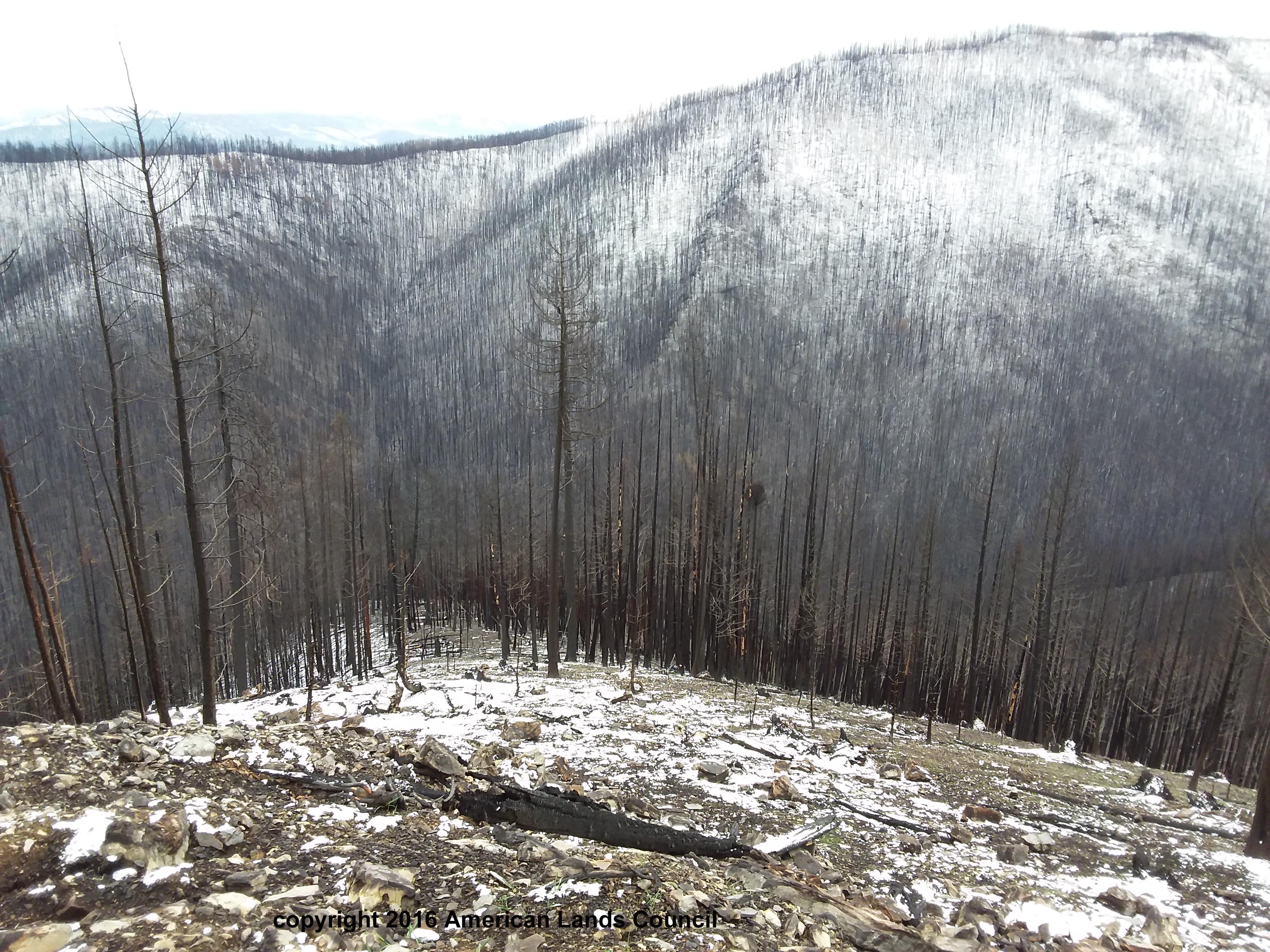 The environmental impacts of CW cannot be understated: sterilization of soil, harm to watersheds, erosion, devastation of wildlife habitat. (Not to mention the threat of human devastation through loss of property, livelihoods, infrastructure, economic and recreation opportunities.)

Year on year, the USFS finds itself unable to cope with the financial burden of fighting CW on its lands. In FY2016, over half of the agency's budget ($3.9 billion out of $7 billion) was related to wildfire management.

Adding to these woes, the USFS once returned money to the U.S. Treasury; now the U.S. taxpayer subsidizes the agency. With its multi-billion dollar maintenance backlog (just like the National Park Service and Dept. of the Interior), the situation can only get worse – especially when more and more of the agency's budget is consumed by fire suppression costs.

Instead of being treated like an asset, the federal lands have become a burdensome liability and the American taxpayer gets stuck with the bill for mismanagement, increasing costs and declining revenue streams. This should worry all of us, given the trillions of dollars of debt that our government has racked up – like a credit card bill of $260,000 for every American family, says Rick Mulvaney, head of the U.S. Office of Management and Budget.

Will States be able to afford to manage the lands that are transferred?

Today, America's states and counties have little if any say over the management of federal lands within their boundaries. The federal government hasn’t been paying its way either: the “Payment in Lieu of Taxes” is almost negligible, and the Secure Rural Schools Act was not renewed by Congress. Generating self-supporting finance should be a management priority for any lands that are transferred.

The evidence indicates that western states are far better than the federal government at generating revenue off their own lands (i.e. school trust lands). Thorough analysis shows that states are less bureaucratic, more nimble, accountable and productive in managing their assets. As noted by economists Terry Anderson and Peter Hill, "the discipline of the bottom line is crucial to changing government land management. Unlike national agencies, state land managers do not have a bottomless trough from which to draw their budgets."

By contrast, the four agencies managing public lands don’t have to generate their own operating revenue, since their budgets are granted by Congress. As such, the federal government spends a vast amount of money and still runs a financial deficit – such as the $18 billion maintenance backlog across those four agencies, for things like roads, buildings, trails, bridges and other structures.

Inevitably there will be issues associated with any transition of management. With land that might potentially be transferred to states, ALC seeks to equip relevant agencies with resources to enable a successful transfer. In those areas where the federal government has caused problems because of its neglectful mismanagement, it must equally assume fiduciary responsibility for the problems it has caused – for example, with resources to fight catastrophic wildfire, until that situation can be rectified.


Will the TPL mean that recreation revenue dries up and disappears?

ALC's RESPONSE: A balanced stewardship approach would enable many other tangible and intangible outputs to result from vast swathes of land – for employment, for generating revenue for county, state and federal government entities, for a healthy environment, abundant wildlife and ample recreation opportunities.

The “recreational user” lobby (which seems to be a combination of influential green groups working with retailers of outdoor goods and services) has positioned itself as paramount to all other public lands users, implying that the TPL to willing states will entail lost opportunities and lost revenue. 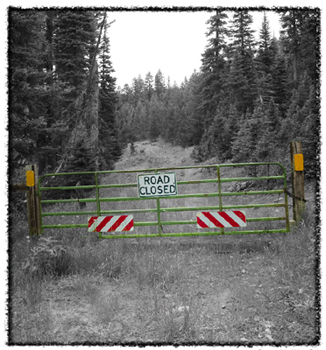 Of course, the “lock it up” tactic of recent decades has by necessity meant that the federal government has not been a good steward which facilitates multiple use, and recreation revenue is perhaps one of the more visible outputs of federal public lands today. This revenue results from, effectively, a huge subsidy, as argued recently by Terry Anderson: “For every dollar that the U.S. Forest Service and Bureau of Land Management spent on recreation from 2009-13, they took in less than 30 cents” (See "Divided Lands" study for more info.)

Because of road and trail closures and maintenance backlogs, recreational users of the public lands increasingly have been blocked from access. On that topic, recreation and green groups mostly are silent.