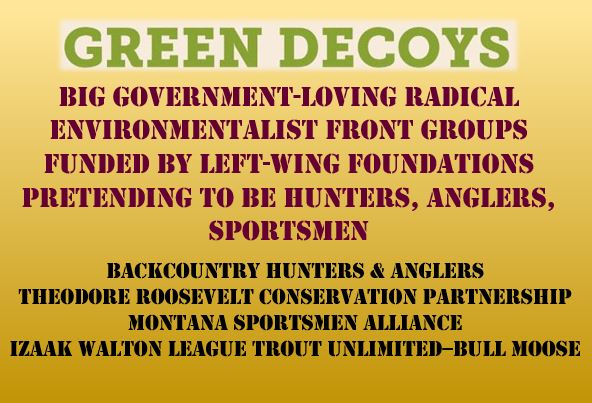 as published by Independent Record

In Montana and across the West, lawmakers are considering the costs and benefits of moving public land management from the federal government to the state. While the debate stirs passions, a new analysis provides some sobering figures on the economic gains that states stand to make.

The Bozeman-based Property and Environment Research Center released an analysis this month demonstrating that under current management, the federal government loses billions of dollars a year on land management. For every dollar spent, the feds only recoup 73 cents in revenue.

Meanwhile, PERC’s analysis found that areas under state land trust management in Montana, Arizona, Idaho and New Mexico are managed profitably, with states bringing in $14.51 for every dollar spent.

In other words, states can make money handily, while the federal government’s management is resulting in an increasing national debt. Given Congress's demonstrated inability to reliably fund programs that provide stability to rural communities (such as Payment in Lieu of Taxes and Secure Rural Schools), allowing states to manage public lands is certainly worth considering.

The debate over management of public lands has understandably stirred passion. But it’s also brought out political trickery.

Out-of-state radical environmentalists are dumping resources into opposing state land management. Environmentalists don’t want states to have control. Why? Because states tend to be friendlier to things like energy development than the Obama Administration, and the groups ideologically oppose affordable energy and other development projects.

However, knowing their anti-gun or anti-energy agendas would not be well-received in many western states that are politically purple or red, they’re camouflaging their efforts by manipulating the more politically conservative sportsmen community through groups like Trout Unlimited, Backcountry Hunters and Anglers, and the Theodore Roosevelt Conservation Partnership.

These groups claim to represent sportsmen when discussing land use, energy and other policy issues. But they really ought to be called “Green Decoys.”

They have been active across the West, holding public lands demonstrations at several state Capitol buildings -- including one in Helena -- in order to mobilize hunters and anglers to protest any changes to the management of public lands.

These environmentalist-funded sportsmen groups claim their goal is to protect access to these public lands for those who wish to hunt and fish, but a quick look at their “dark money” financial backers makes their true motive clear: To lock away land from being utilized for economic growth and jobs.

Trout Unlimited was founded as an association of fly fishermen but has molted into a big fish in the pond of environmentalist money. Since 2008, TU has received tens of millions from groups like the Hewlett Foundation, the Packard Foundation, and the Wyss Foundation (funded by a foreign billionaire) – funders of other far-left anti-gun and anti-energy groups.

When looking at Backcountry Hunters and Anglers’ funding sources, meanwhile, it’s easy to forget the group has anything to do with hunting and angling at all. Its major donor is the Western Conservation Foundation, which in addition to giving hundreds of thousands of dollars to BHA has also given handsomely over the years to radical environmentalists, including the Natural Resources Defense Council and Earthjustice (the self-proclaimed “law firm of the environment”).

The Theodore Roosevelt Conservation Partnership, meanwhile, is on the sidelines for the Second Amendment despite claiming to support hunting. When pressed on gun rights issues, TRCP couldn’t offer a stance. “Very simply, others know far more than we do about the Second Amendment,” TRCP’s CEO stated. The organization’s non-stance is even stranger given that a portion of every sale of firearms and ammunition is earmarked for conservation programs—but it starts to make a little more sense when the fact is considered that TRCP has received $150,000 from the Joyce Foundation, which funds anti-gun and environmentalist causes.

Whatever one thinks about land management policy, Montana stakeholders should make the decision based on what’s best for the state. That means tuning out the out-of-state money that’s putting on a puppet show.

Will Coggin is the director of research for the Environmental Policy Alliance.