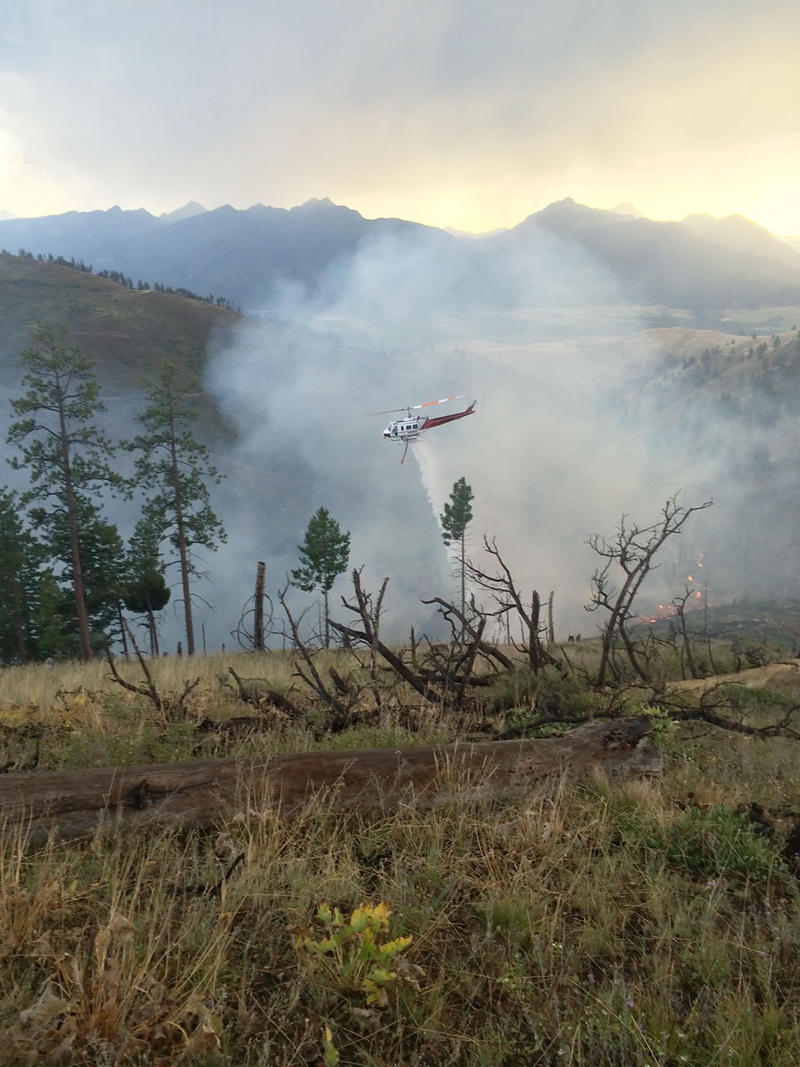 Tubbs, the director of Montana’s Department of Natural Resources and Conservation, says the restrictions are now applied on his department’s helicopters, and cost valuable time.

"Earlier in the summer, we were in Kalispell with our aircraft, and watched the smoke column on the North Fork fire build for 4 hours before they were able to get a U.S.F.S. contracted helicopter on that. And we would have been up and over to the fire in 30 minutes, so that’s three-and-a-half hours of fire," Tubbs says.

The State of Montana has five specially-modified military surplus Bell helicopters that it uses to fight fires. Tubbs says the Forest Service doesn’t acknowledge the special modifications the state has made that make Montana’s choppers safer and more effective than similar helicopters that the federal agency restricts.

"They’re very effective," Tubbs says. "The first firefighter that can get to a scene is one of our Bell 205s, most times. They carry a crew of 7 fireighters, so there’s a manager, 6 firefighters and a pilot. They deploy the firefighters on the ground, the firefighters hook the bucket up, the bucket goes up, they find a water source, and they start fighting that fire both on the ground and with water. They’re one of the reasons that we’re so effective at stopping fires at less than 10 acres, and that saves money and cuts risk."

We contacted the U.S. Forest Service’s Northern Region headquarters in Missoula. They responded with a statement, but said they’re not taking questions on the issue at this time. Public Affairs Staffer Elizabeth Sloan declined to comment on the accuracy of Governor Bullock’s letter, but, as part of a prepared statement, said:

"The Forest Service and the State of Montana have different standards and regulations to which each must adhere."

Sloan said the State of Montana’s helicopters do not meet the U.S. Forest Service’s standards.

Montana DNRC’s John Tubbs says this is the second fire season that Montana has held back state helicopters from fighting fires on Forest Service land.