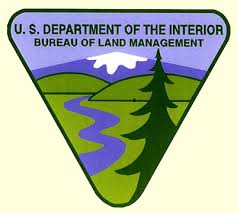 as published by the Daily Sentinel

RIFLE — A former Interior Department official during the George W. Bush administration echoed on Thursday the concerns of some area county officials that proposed changes to Bureau of Land Management planning regulations could reduce local input in decisions that affect local economies.

“A political fact of life is that the voices of national interests are louder in Washington than the voices of local concern,” Rebecca Watson, former assistant secretary for land and minerals during the Bush administration, said at the Energy & Environment Symposium.

She said that while current rules say the BLM has to assess local dependence on public land resources in making planning decisions, the proposed new rules say that should be considered in a regional, national and international context as well, meaning the big picture can outweigh local concerns. She said that could mean that while how BLM oil and gas leasing might happen in the Rifle area might be a big economic concern at the local level, “at a state level, national level, international level it might not matter so much.”

The BLM proposal is part of its “Planning 2.0” initiative, aimed at modernizing its planning process. A key proposed change is to provide for more public input earlier in the process.

“We hope to provide, once it’s final, new opportunities for public involvement,” said Leah Baker, who oversees planning at the national level for the BLM.

Some local government officials in northwest Colorado and in other Western states have raised concerns that the proposed changes would marginalize requirements that the BLM coordinate with local and state governments in land planning and management and make its plans generally as consistent as possible with state and local plans. One fear is that local input would be given no greater weight than public comments from far away, such as those submitted through the efforts of environmental groups.

Watson credited the BLM’s proposal for putting an increased emphasis on public participation, but warned of a potential downside.

“I’m a believer in public participation. What concerns me is, can the process be gamed, and yes of course it can be gamed.”

She said conservation and environmental groups are an important part of the dialogue in BLM planning, but have a lot more capability to participate in the process through action alerts that generate thousands of comments, and to show up at meetings and hearings.

Outside influence is a concern for local governments even now. Mesa County Commissioner John Justman pointed to local BLM planning efforts that have elicited tens of thousands of comments, even from outside the United States.

Watson advised county officials Thursday, “When this rule is put in place you have to have the capability, the capacity to participate. If you don’t, somebody else is going to be deciding your future.”

Baker said the BLM has heard the concerns from state and local governments about how proposed changes could affect their ability to participate in planning and decision-making processes. She said she thinks the changes will result in more coordination between the BLM and those governments earlier in the process, “more touchpoints to engage in the process” and better opportunities to seek consistency between BLM and state or local plans.

Nada Culver, director of the BLM Action Center for the Wilderness Society, said public scrutiny of lands belonging to the public is valuable, and it’s important for people to feel as if they’re engaged in the process and listened to.

“It’s also a chance to have a conversation,” she said of the proposed new process. “We’re not just putting things in a suggestion box here.”

The changes would reduce the chances of the public being blindsided by proposed decisions, and would provide opportunities for groups such as hers to be involved earlier in the process, she said. As an example, groups could provide inventories of what they consider wilderness-quality lands that should be considered for protection, “instead of coming in later and arguing about it,” Culver said.

She pointed to the BLM’s decision allowing oil and gas leasing on the Roan Plateau near Rifle. A federal judge ordered it to be reconsidered in good part based on “the fact that citizen proposals were ignored,” she said. It’s hard for groups to sue if they’ve had the opportunity to present proposals in the beginning and have them considered, she said.

Culver also noted that ultimately the cooperating agencies and governments get the chance to sit down with the BLM as it moves further into the planning process, with the public not able to join in those discussions.

“This rule does not take that away, it does not change that. … You’ll still have a lot of opportunities to be heard and you have a special role,” she said.

She recognized the rationale behind that coordination process, which takes into account the local knowledge cooperating entities can provide.

“That’s an important role and it gives you special access. We’re never getting across that velvet rope where you sit at the table,” Culver said.