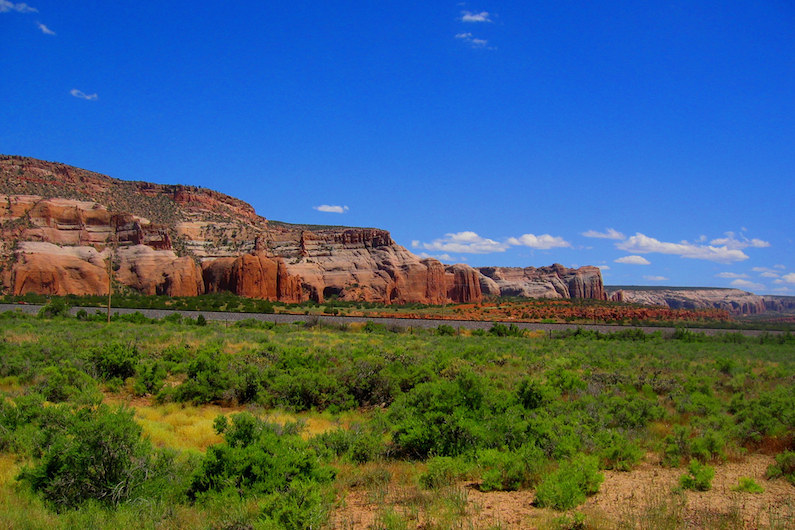 On one of the walls in the New York Natural History Museum, is a partial quote from 1910 by President Theodore Roosevelt which in its full form states that:

U.S. Senator Martin Heinrich from our beautiful state of New Mexico does not understand and does not agree with that quote. That is obvious from his rhetoric filled op-ed and his rhetoric fueled attack on my campaign to be New Mexico’s State Land Commissioner. Senator Heinrich’s drop into rhetoric attacks is misplaced, and the result is an attempt to fear monger people into believing that those of us that want to engage in real on the ground conservation and local management of public lands are trying to steal them away from the public. Nothing could be further from the truth.

True blue conservation is NOT done by those sitting at desks in Santa Fe or in Washington, D.C. It is NOT done by government bureaucrats in federal agencies making one size fits all decisions based upon environmental rhetoric. No, true blue conservation is done by the people that live on the land. It is done by ranchers, loggers, hunters, farmers, fisherman, etc. It is done by people that make their living actively caring for the land. True blue conservationists like President Theodore Roosevelt know that when you use the land in a responsible manner that it thrives and it will be there tomorrow to provide for us. They know it will be there for generations to come.

In contrast, the green movement or environmentalism is based upon the premise that the only way protect the environment is to exclude people from the lands. That movement represents the single greatest threat to the preservation of our western landscapes, the wildlife and the people whose customs and culture depend on healthy landscapes. A great example is the environmental push to end logging by abusing the Endangered Species Act under the guise of protecting the Mexican Spotted Owl. 20+ years ago environmentalist like or including Senator Heinrich pushed to end logging under the guise of saving the Spotted Owl, but it turns out that logging wasn’t the greatest threat to the continued existence of the owl. Now, the federal government admits that the greatest threat to the owl is catastrophic wildfire. The kind of catastrophic wildfire that is created when you don’t actively manage the forest with cutting and thinning and prescribed fire. The greatest threat to the continued existence of the endangered spotted owl is environmentalism that has caused our forests to be overgrown and has devastated rural communities and our watersheds.

That is what the debate is about in the West. It is not a land grab. It is a discussion about the idea that instead of managing public lands based upon environmental rhetoric from D.C. we actually in engage in local and state management of public lands based upon a knowledge of those living on the land and more closely tied to the issues. The destruction of our forests and the Mexican Spotted Owl is no shock to those communities that have existed on the land for hundreds of years, they

This debate is not about taking the land away from the public, it is about caring for the land through active conservation for the benefit of the public. This debate is about realizing that the green religion that Senator Heinrich believes in is destroying our public lands and understanding that we need real, on the ground, locally driven conservation so that future generations of Americans and our wildlife can actually enjoy healthy western landscapes instead of devastated moonscapes after catastrophic wildfires.